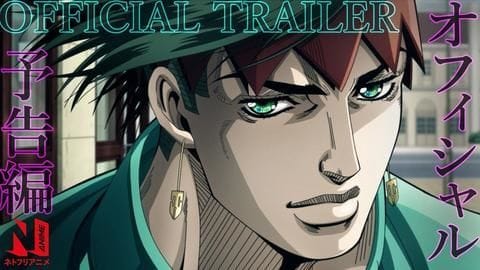 Yare yare daze! Yes, you would be donning your Jotaro Kujo cap and mouthing these exact words out of excitement as Netflix is presenting you a spin-off series of JoJo's Bizzare Adventure. Thus Spoke Kishibe Rohan has premiered on the streaming platform on February 18 and it will be a four-episode series. Read on to find out more about it!

JoJo's Bizarre Adventure is an ongoing manga series by Hirohiko Araki and is reportedly nearing the completion of its eighth part called Jojolion. The series focuses on a gifted family with the surname Joestar, having supernatural abilities called Stands, allowing select family members throughout the generation to unveil a hidden magical personality. Each part of this manga has been praised for new storylines.

Introduction
Who is Kishibe Rohan? Is he Araki's alter ego?

Thus Spoke Kishibe Rohan focuses on one such character named Kishibe Rohan who has similar gifts. As per the storyline, he's a manga writer himself and has the Stand called Heaven's Door, which allows him to turn opponents into static books and also make Rohan alter the fate of their encounter, as and when he pleases. Fans consider Rohan to be Araki's alter ego.

Context
The Netflix anime series is based on one-shot chapters

The series stems from the eponymous manga series consisting of one-shot chapters by Araki. The anime series positions itself between the manga arcs of JoJo's fourth part aka Diamond is Unbreakable and the fifth part aka Golden Wind. Rohan is introduced in Diamond is Unbreakable and the Netflix anime series focuses on him taking a break for artistic inspiration that turns out dangerous.

History
The series released in Japan as part of merchandise

The series, however, is not new to Japan. Produced by David Production, the series was released as original video animations (OVAs) between 2017 and 2020. Those who purchased the full DVD and/or Blu-ray series of Diamond is Unbreakable got the first chapter. And, those who got a newly published volume of the manga got the second, while the remaining two episodes released in theaters.