Ever wondered how your pets can make you a proud parent? Cat parents out there, this one will get you cheering. A Savannah cat has made it to the Guinness World Record for being the tallest domestic cat ever. Fenrir Antares Powers from Michigan, USA, measures 47.83 cm from shoulder to toe and has been named the world's tallest cat by Guinness.

All about Fenrir's ancestry

Fenrir belongs to Dr. William John Powers who owns other cats with their own Guinness World Records. Fenrir is the latest record holder in the family. According to the Guinness World Records, Fenrir got its stature from the F2 Savannah cat, a cross-breed between a domestic cat and a serval, a large-eared wild African cat. Fenrir's grandfather was a tall wild serval.

"Despite being a descendant of a wild feline, Fenrir is exceptionally tall for his breed, standing one inch taller than average-sized Savannah cats, which typically measure between 14 and 17 inches tall," the website wrote. Fenrir might break his late sibling Arcturus's record soon. Arcturus was 48.4 cm tall and held the record of being the largest domestic cat ever, in 2016.

Fenrir was adopted at 12 weeks old 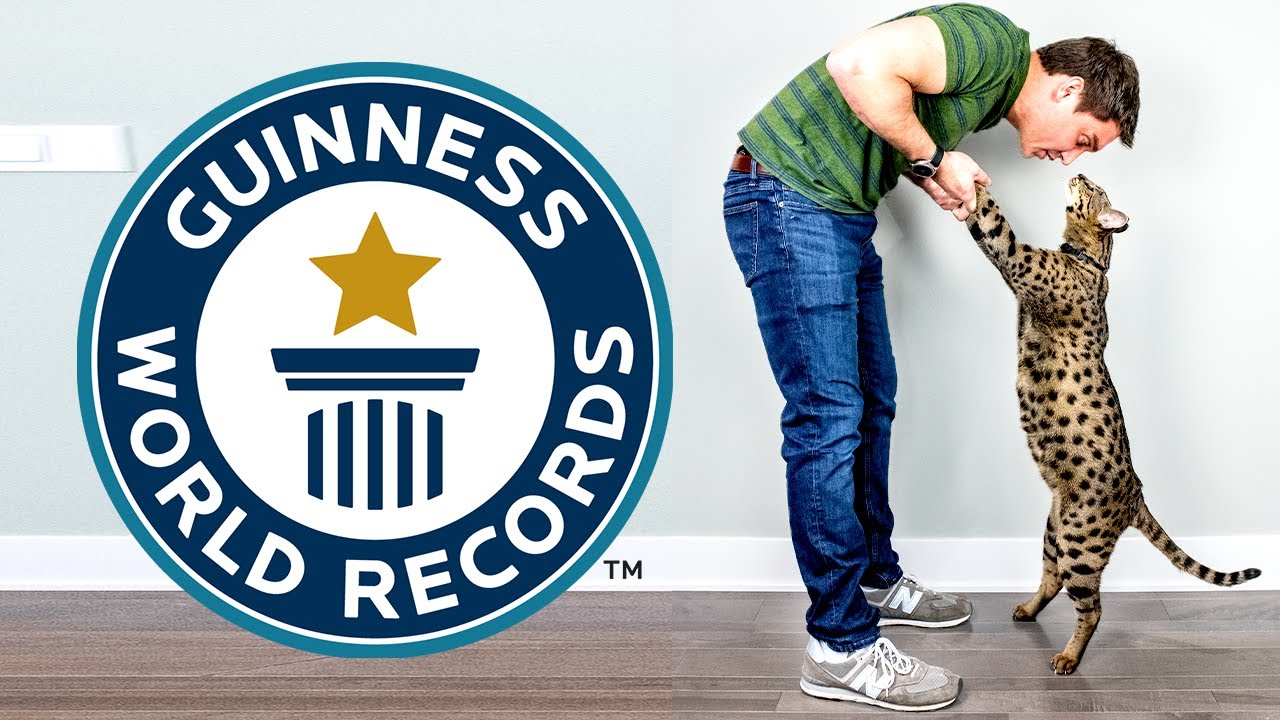 "I kept a growth chart of both cats, and Fen was neck and neck with Arc all throughout his kittenhood. I also feed Fenrir the same special diet I developed for Arcturus, so with similar genetics and the same environment; it's not shocking that he grew as massive as he did," said Dr. Powers, who had adopted Fenrir when he was 12 weeks old.

'People think he's a panther, a puma, or an ocelot'

"For someone so obsessed with their cats to have not one, not two, but four Guinness World Records title-holding animals in one lifetime is a bit surreal isn't it," said Dr. Powers. The friendly cat's dad who calls him "ravenously hungry" told the Guinness Book of World Records, "Sometimes people see him and think he's a small panther, a puma, or an ocelot."