Home / News / Entertainment News / '83' trailer out: Did you catch these iconic moments?
Entertainment

'83' trailer out: Did you catch these iconic moments? 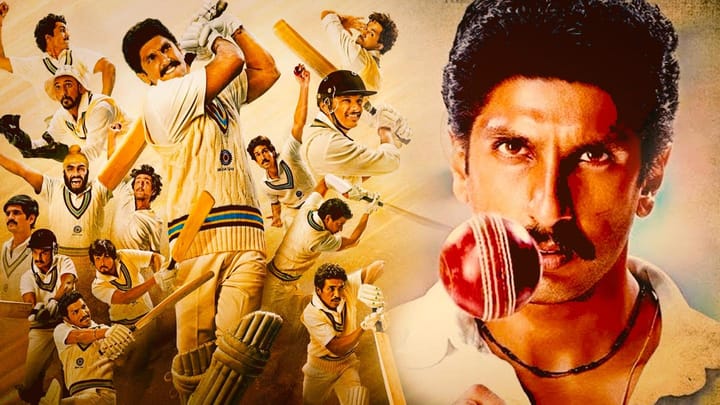 After a long wait, Ranveer Singh dropped the trailer of his sports drama 83 today. The Kabir Khan-directorial traces the Indian men's cricket team's journey of clinching the 1983 Cricket World Cup by defeating the greatest team then—the West Indies. Naturally, several real incidents found a mention in the trailer clip. But how many did you guess right? Let's look at the trailer breakdown.

The nearly four-minute-long trailer begins with India's must-win World Cup match against Zimbabwe on June 18, 1983. Singh as Kapil Dev is taking a shower assured that he has enough time before going out to bat. But he's interrupted when India lose four wickets for only nine runs on the board. This shows how shaken the side was. But things were about to change.

As cricket enthusiasts would remember, Dev had played a true captain's innings in the Zimbabwe match, smashing 175 runs, not out. From a score of 17/5, India had completed the first innings at 266/8 in 60 overs. We are shown glimpses of this legendary innings throughout the trailer. And, we see how a team no one expected to excel suddenly grabbed the spotlight.

Did you spot Sachin Tendulkar in trailer?

Did you know that Sachin Tendulkar appears in the trailer? In one of the celebratory scenes, a little boy was shown for a split second whose appearance bore a resemblance to the Master Blaster. Later, 83's editor Nitin Baid confirmed fans' suspicion on Twitter.

We also get a look at Clive Lloyd's West Indies team, which was the favorite then. Khan has pitted the narrative as the underdogs' rivalry with the world's best and emotions are sure to run high. Singh not only bears a resemblance to the former Indian captain but also captures his diction. Deepika Padukone as Romi Dev also gets multiple but short shots.

Makers balance out the high-tension mood with various comic moments like Team India meeting the Queen of England or the squad's failed banter in English with the opposite side. 83 is set to be released in Hindi, Tamil, Telugu, Kannada, and Malayalam on December 24.