Akshay Kumar is on deadly mission in 'Ram Setu' trailer 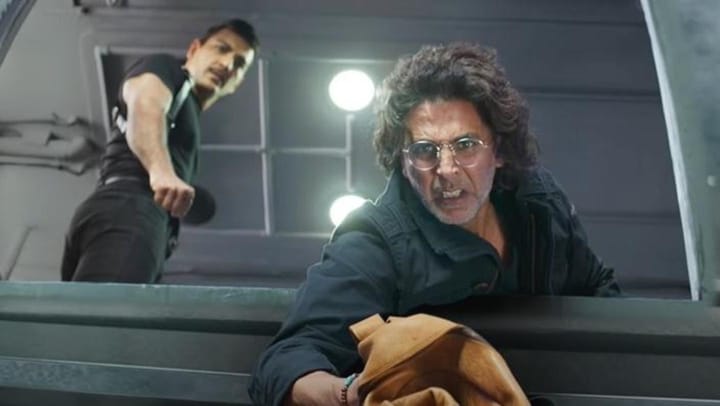 The trailer of Akshay Kumar's upcoming Bollywood film Ram Setu was unveiled on Tuesday. In the two-minute-long trailer, Kumar is introduced as an archaeologist on a mission to save Ram Setu in a matter of three days. The action-adventure drama is all set to hit the cinema halls on Diwali i.e., October 25. Take a look at the highlights of the trailer.

The trailer starts with a courtroom hearing and we are told that the government has sought Supreme Court to demolish Ram Setu. We see Kumar being sent on an expedition to Ram Setu, only to discover later that he was being framed to die. But he heroically comes out alive walking on the sea with a stone from the bridge on his shoulder.

Meet the cast and crew of 'Ram Setu'

As shown in the trailer, Kumar plays an archaeologist in the movie which also has Nushrratt Bharuccha, Jacqueline Fernandez, Nassar, Pravessh Rana, Jeniffer Piccinato, and Satya Dev in pivotal roles. Abhishek Sharma has directed the movie and has co-produced it under his label, Cape of Good Films along with Amazon Prime Video, Abundantia Entertainment, and Lyca Productions. Aseem Mishra is the helmer of photography.

Other films that Kumar has in his lineup

It looks like Kumar will have a busy schedule in 2023, too, as he has a long list of movies in his kitty. This includes Selfiee, Capsule Gill, Bade Miyan Chote Miyan, and Jolly LLB 3 tentatively planned for release. He also has the Hindi remake of Suriya's National Award-winning Tamil movie Soorarai Pottru, which is to be directed by Sudha Kongara.