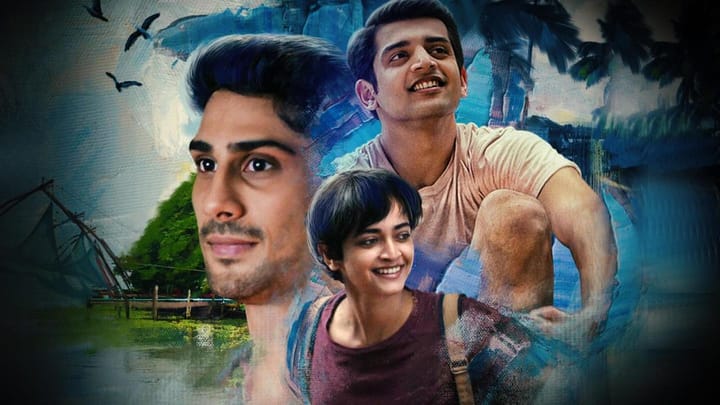 Netflix dropped the trailer for its upcoming original, Cobalt Blue. Starring Prateik Babbar, Anjali Sivaraman, and Neelay Mehendale, the film has been directed by author/playwright Sachin Kundalkar. In fact, the movie is based on Kundalkar's highly acclaimed 2006 novel of the same name. Topics of young love, sexuality, and the complexities of family surface in this beautifully drawn trailer. Here's a breakdown.

Two siblings fall in love with the same man

Mehendale, an aspiring writer, is the narrator of the teaser and possibly the film, who is enchanted by their family's paying guest, played by Babbar. Just as we're treated to images of a budding bond between them, we find out Sivaraman, Mehendale's sister, has fled with Babbar. Mehendale is terribly broken and feels cheated. His sister, a hockey player, goes through something similar, too.

'Love is a habit. The habit ends. You die'

The two-and-a-half-minute trailer is intense yet delicate, just like its lead characters. We understand Babbar's deception aside, the siblings will also have difficulty bridging the gap between them. But what elevates the picture is its poise, dialogues, and cinematography. The use of period-specific props and colors to signify emotions is impressive. "Love is a habit. The habit ends. You die," is a beautiful line.

It arrives on Netflix on December 3

Babbar has 'Hiccups and Hookups' in pipeline

Various images and falling in love with a guest over the summer might remind you of Call Me Your Name. Overall, we will be waiting for December 3 to arrive soon! On the other hand, Babbar is booked and busy. He will be soon seen in the show, Hiccups and Hookups, the teaser for which was dropped recently. It co-stars Lara Dutta and Shinnova.