'Maaveeran': Sivakarthikeyan's next with Madonne Ashwin gets title 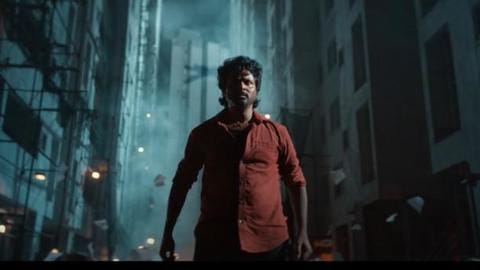 It was previously announced that Tamil actor Sivakarthikeyan (SK) will team up with director Madonne Ashwin (Mandela) for his next. Now, the makers have revealed that the film will be called Maaveeran in Tamil and Mahaveerudu in Telugu. Telugu superstar Mahesh Babu launched the title announcement video online on Friday. The title was revealed along with a short video clip featuring SK in it.

Context
Why does this story matter?
Observation
What did the title announcement video show?

The video opens with a gang thrashing Sivakarthikeyan in a place that looks like a building under construction. As they are about to leave behind a battered Sivakarthikeyan, he is seen rising up like a puppet by strings controlled by giant fingers. SK, with the help of the giant fingers, fights them all. When he finally regains consciousness, he flaunts his swagger.

The makers have not yet officially revealed the details regarding the cast members. However, it's reported that Bollywood star Kiara Advani has been brought in to play the leading lady, while director Mysskin will play an important role. But let's wait for an official announcement on these. Cinematography has been helmed by Vidhu Ayyanna, editing by Philomin Raj, and music is by Bharath Sankar.

Meanwhile, SK has another Tamil-Telugu bilingual project titled Prince. Directed by Tollywood filmmaker Anudeep KV, Prince will hit the marquee on Diwali 2022. It also has Sathyaraj in a pivotal role, while Maria Ryaboshapka will be seen as the leading lady. Sivakarthikeyan has another film bankrolled by Kamal Haasan's banner Raaj Kamal Films International (RKFI) and Sony Pictures Films India (SPFI) co-starring Sai Pallavi.