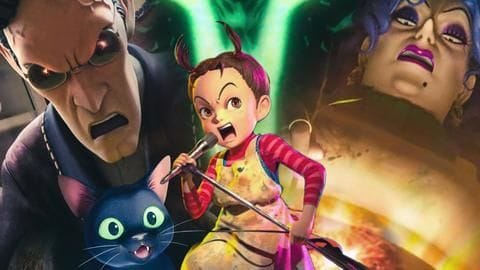 Studio Ghibli is ending 2020 in an ambitious fashion. The trailer of Earwig and the Witch has been launched and is the latest release from the studio that boasts of an unparalleled reputation in anime creation and production. Apart from holding the Studio Ghibli label, the film is also paving a path for the brand to venture into full-scale CGI animation.

Details
Japanese counterpart of film is named 'Aya and the Witch'

The Japanese version of the anime feature film is named Aya and the Witch. In the English dubbed version, the name of the protagonist has been changed from Aya to Earwig. The film is directed by Gorô Miyazaki, son of Hayao Miyazaki, who has earned a global name for his picturesque and timeless animation as co-founder of the pioneering studio.

Script
This anime film is based on Diana Wynne Jones's novel

The studio teased first pictures of Earwig and the Witch this June. The film is based on the eponymous novel by late author Diana Wynne Jones, whose 1986 fantasy novel Howl's Moving Castle has been treated as the source material for a hugely popular anime adventure flick by the same name. Notably, Earwig was slated to premiere at the 2020 Cannes Film Festival.

Storyline
Earwig is a proud orphan, refusing to get adopted

The trailer starts with the rooftop of an orphanage where Earwig resides. She is a hard nut to crack and has been quite at home where she is and doesn't want anyone to adopt her now. However, her merry days are over as a witch shockingly selects her for adoption. That becomes the first instance when the little orphan is forced to obey instructions.

Plot
Earwig must not disturb a mysterious guy named Mandrake

She is psyched about learning magic from the witch, who flings her door open to a large room full of refuse, hinting at Earwig's obvious condition of helping her with chores every now and then. The child must also not disturb a mysterious guy named Mandrake. This intriguing film will release in Japan on December 30.