Home / News / Entertainment News / 'Sunflower' teaser: Everyone is masked up in this black comedy
Entertainment

'Sunflower' teaser: Everyone is masked up in this black comedy 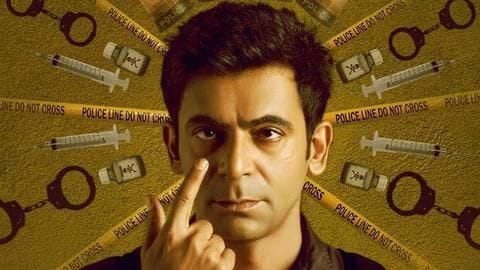 Makers dropped the official teaser for comedy-thriller Sunflower recently, and the little-over-a-minute clip surely raises anticipation for the upcoming show. Vikas Bahl has penned the story, alongside co-directing it with Rahul Sengupta. Produced by Reliance Entertainment, the web series will premiere on ZEE5 on June 11. Starring Sunil Grover, the teaser perfectly establishes the premise without giving away details. Here is the breakdown.

Teaser
'When crime meets chaos': Introduction to the Sunflower society

Makers begin by establishing that the entire show revolves around a Sunflower society and a murder that takes place in one of the apartments. We are introduced to some of the residents of the complex, along with the police personnel who get roped in to solve the murder case. Actors like Ranvir Shorey, Ashish Vidyarthi, Mukul Chadda, Girish Kulkarni, and Shonali Nagrani feature.

Sonu (Grover) is an interesting character. He walks about sporting a slight mocking smile at all times and comes off as a weirdo. In one scene, he asks, "What is a sub-inspector? What does "sub" mean? Is he an inspector of everyone (play on the Hindi word "sab")?" You are left to wonder if he is innocent or cunning, the aid or opponent.

The dialogues successfully promise a tight-knit entertaining black-comedy. While Sonu's eccentricity is apparent in the teaser, no other resident in the housing society is exactly what they seem either. This idea is supported by the summary on YouTube that suggests all society members are "crazy." Earlier, Grover had heavily praised the project, saying that he was "grateful and excited" to be a part.

Quote
'I don't think this genre has been attempted before'

Praising heaps on the Super 30 helmer for creating such a "fresh" story, the Tandav actor had said, "I don't think something like this genre has been attempted before....and this one will surely blow your minds." Sharing his look from the web series earlier, the 43-year-old had urged fans to watch out for "drama" and "dhamaka." People need ZEE5 Premium subscription to watch Sunflower.