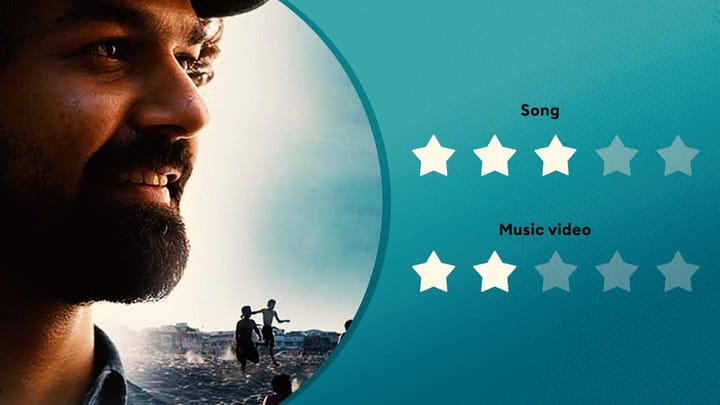 Makers of the upcoming Mollywood film Hridayam starring Pranav Mohanlal, Kalyani Priyadarshan, and Darshana Rajendran have released a new single recently titled Thathaka Theithare. The song has been composed by Hesham Abdul Wahab. It is particularly significant for fans as Prithviraj Sukumaran has done the vocals for it. The track has been picturized on a group of college-going guys. Here's our review.

The joyful number is targeted toward the youth, especially those who are in hostels for education. Words by Kaithapram sound simple and narrate the story of some college-going boys from Kerala who are in Chennai. Sukumaran's voice sounds playful and that takes the cake. You will also notice a good amount of trumpet in the background, which adds a dash of coolness.

Visuals: How a group of guys enjoy their college days

The video begins with Pranav and his friends having a party in what looks like their room. There are loads of references to Tamil cinema in the song: we see paintings of Ajith Kumar and Kamal Haasan on the walls. However, we are unable to come to a conclusion if the film will have anything to do with Kollywood as shown in this song.

Minus: Has the video gone overboard with excessive alcohol consumption?

The song is about a group of friends and all of them are pretty laid-back. The video is about their alcohol drinking traits. Few moments are fun to watch, but mostly it's nauseating. Especially the portion when a guy throws up right near the camera. Ew! But if these visuals are shown deliberately to get under our skin, makers have done a tremendous job.

The music is impressive, but video puts us off

The 2:38-minute-long track seems to be gaining popularity, as it has reached more than 13 lakh views in just days of its release on YouTube. While scrolling down the comments, we can see that people are enjoying all the tracks from the film. Verdict: This song bags 3. The music video gets 2 stars. Meanwhile, Hridayam is set to be released on January 21.