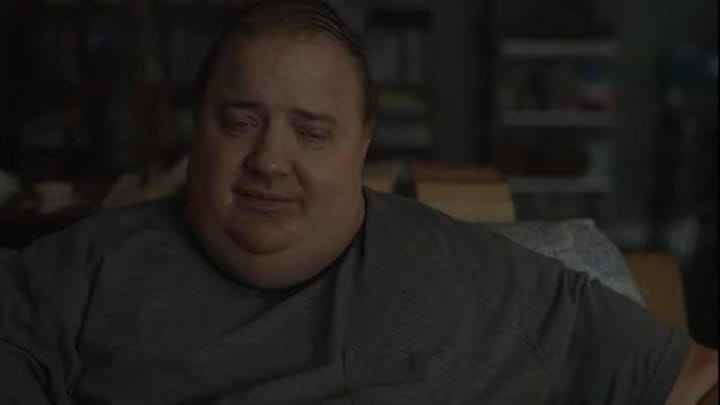 The first trailer of Hollywood star Brendan Fraser's comeback movie The Whale was dropped by the makers recently. The promo video has all elements and heart-touching moments to win the love of fans. Full of beautiful frames, the trailer features Fraser as an emotional central character who seems to be suffering from an illness. Read on to know the trailer highlights.

Fraser plays Charlie in The Whale. He is seen trying to reconnect with his estranged teenage daughter, played by Sadie Sink. It looks like the film will deal with relationships and love with a touch of human emotions. The trailer shows Fraser's Charlie as a thoughtful person telling someone off the camera, "People are incapable of not caring. People are amazing."

Makers are yet to announce the official release date

Besides Fraser and the Stranger Things actor, the film also stars Hong Chau in an important role. Ace filmmaker Darren Aronofsky is at the helm. Distributed by A24, it is expected that The Whale will hit the theatres in December this year. But the official date of release to the big screens is yet to be announced by the makers.

Here's what Fraser said about the film

The Whale is an onscreen adaptation of a play by Samuel D Hunter. Speaking in an interview with Variety about the positive response at the film festival, Fraser had earlier said, "I was emotional because it was an acknowledgment that what we did is making an impact." "And that kind of response feels completely new in my professional life," he further added.