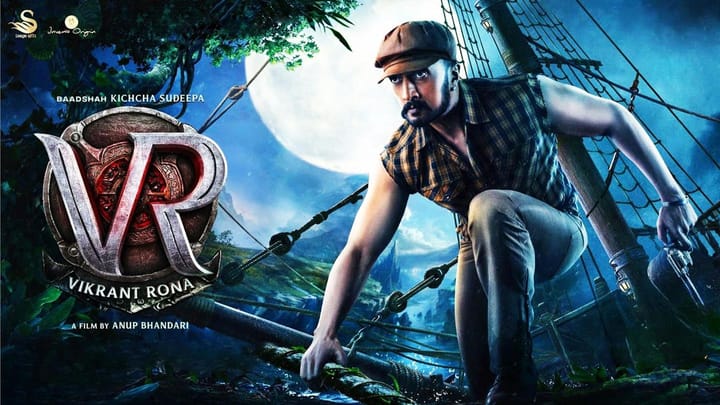 What did the trailer show?

The 2:58-minute-long trailer provided us with a sneak peek into a mysterious place with Sudeep essaying the role of Vikrant Rona—a police officer who is there to investigate a murder. The camera work by William David seems to be spectacular with jaw-dropping visual effects. It gives us a glimpse of the extravagant visual treat that the film is going to be.

Plot is woven around mysterious land, a phantom, a murder

The trailer starts with a female narrator introducing the viewers to the land surrounded by sea situated in the middle of a dense forest. There seems to be a secret around the mystery land. And the secret remains unrevealed. The dialogs and the situation hint that the film will revolve around the people's fear of the mystery, a phantom, and a murder.

A quick glimpse of Sudeep is shown at the beginning of the video. As it progresses, he makes a full-fledged appearance. He seems to be on a mission to unravel a mystery around the death of a police inspector. Leading lady Jacqueline Fernandez makes a blink-and-miss appearance. Other actors including Nirup Bhandari and Neetha Ashok appeared briefly in the trailer.