Karnataka batsman Devdutt Padikkal continues to prove his mettle in the ongoing Vijay Hazare Trophy T20 competition. In the quarter-finals against Kerala, he slammed his fourth consecutive ton as Karnataka put up 338/3, batting first. Padikkal has become only the second batsman after incumbent Indian captain Virat Kohli to slam four hundreds in a Vijay Hazare Trophy season. Here is more.

Karnataka made a substantial start after electing to bat at the Palam A Stadium, Delhi. The likes of Padikkal (101) and captain Samarth R (192) shared a 249-run stand for the first wicket before the former got dismissed. Top-order batsman Manish Pandey remained unbeaten as Karnataka racked up a mammoth 338/3. In reply, Karnataka faltered initially were eventually bundled out for 258. Padikkal continued his blazing form in the tournament with a fourth consecutive hundred. His 119-ball 101 was studded with 10 fours and 2 sixes. He has become only second player after Kohli to slam four tons in a Vijay Hazare Trophy season, and first with four consecutive hundreds. During his incredible knock, Padikkal went past his own tally of 609 runs (highest in 2019/20).

A look at his journey in the tournament 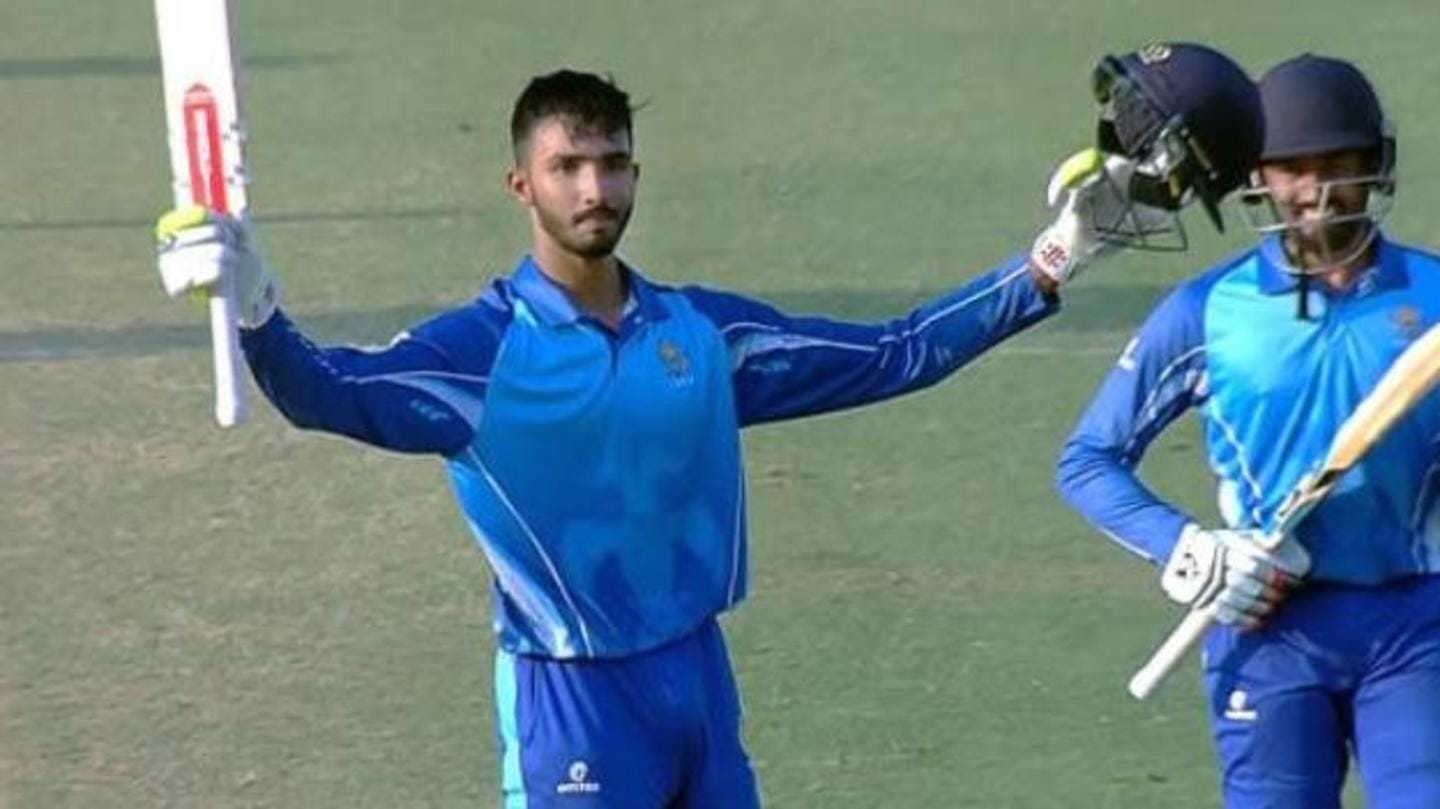 Padikkal began with a 52-run knock against Uttar Pradesh in the ongoing Vijay Hazare Trophy. He then fired 97 and 152 against Bihar and Odisha respectively. He followed it up with an unbeaten 126 against Kerala before registering a another century (145* vs Railways). Padikkal now seems to be a cut above the rest after having smashed his fourth consecutive ton (101 vs Kerala).

Leading run-scorer in the tournament

So far, Padikkal is the leading run-scorer in the tournament by a fair distance. He has racked up 673 runs from six games at a prolific average of 168.25. The tally includes as many as four centuries and two half-centuries.

Karnataka qualify for the semis

With yet another win, Karnataka have qualified for the semi-finals of the Vijay Hazare Trophy 2020/21. In the upcoming game, Padikkal could break a number of more records. He might become the first-ever player to smash five consecutive tons in the tournament. Padikkal could also break the record of Mayank Agarwal, who owns most runs in a VHT season (723).