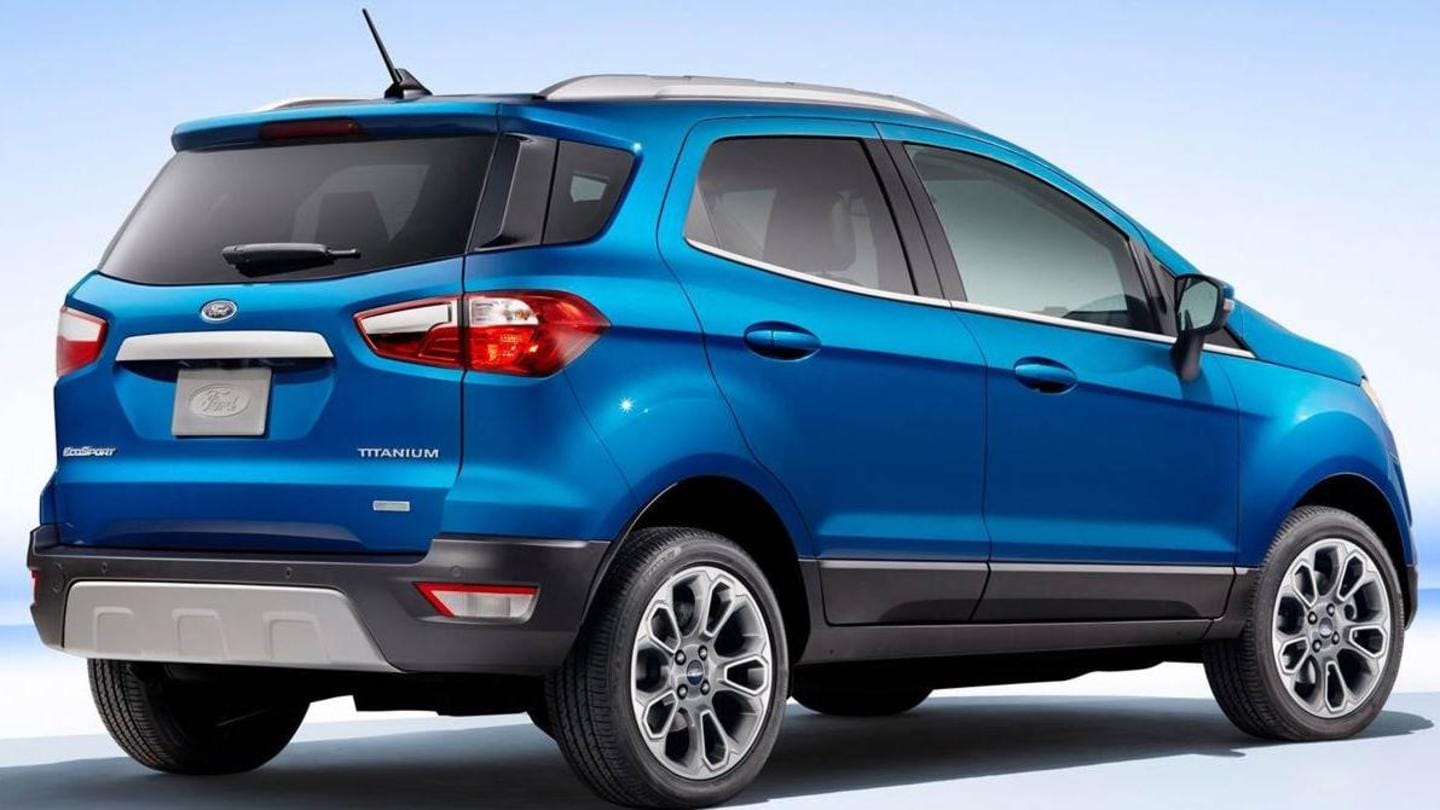 Ford's upcoming SE variant of its EcoSport SUV is in the works to be launched in India in the second week of March this year, as per CarWale.

The SE model will come with a redesigned rear section, while the rest of the features are expected to remain the same as in the standard EcoSport model, including the engine options.

It will lack the tailgate-mounted spare wheel

On the sides, it would be flanked by silvered roof rails, blacked-out B-pillars, and indicator-mounted ORVMs.

The rear section will get a number plate at the center of the tailgate and a redesigned skid plate, but no spare wheel.

SUV to be offered with two engine choices

Ford EcoSport SE will likely be available with BS6-compliant 1.5-liter petrol and diesel engine options: a diesel motor that produces 100hp/215Nm and a petrol mill that delivers 122.3hp/149Nm. Transmission duties will be handled by a 5-speed manual or a 6-speed automatic gearbox.

It will have a puncture repair kit

The Ford EcoSport SE will offer a 5-seater cabin with a dual-tone dashboard, power windows, automatic climate control, and an adjustable steering wheel.

It will also pack four speakers and an 8.0-inch touchscreen infotainment console with support for Android Auto, Apple CarPlay, and Bluetooth connectivity.

For safety, the car will come with six airbags, a tire pressure monitor system, and a puncture repair kit.

Ford is expected to launch the EcoSport SE in March 2021, with a price tag under Rs. 9 lakh, given that it will be placed below the Titanium and Sports variants, which fall in the range of Rs. 9.79 lakh and Rs. 11.49 lakh (ex-showroom).