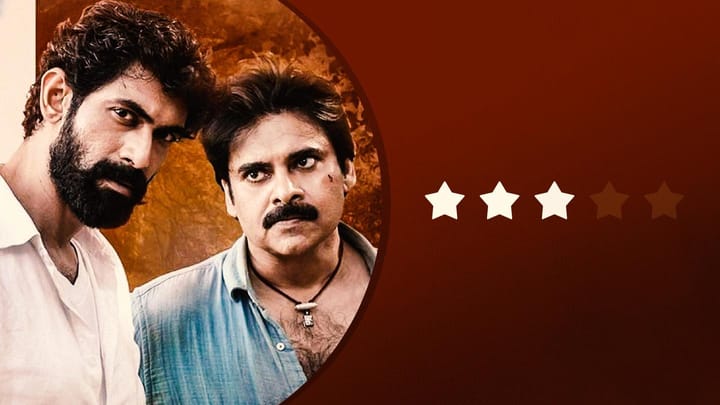 The fourth single from Pawan Kalyan's Bheemla Nayak was shared recently. Titled Adavi Thalli Maata, the song starts with a note paying homage to the legendary lyricist Sirivennela Seetharama Shastry, who passed away earlier last week. It was supposed to be released a couple of days back but the makers postponed it as a mark of respect to the late wordsmith. Here's our review.

Though the song is impactful, it somehow doesn't click

Just as the song takes off, it gives a melancholy feeling. Kummari Durgavva and Sahiti Chaganti's raw voices give the number an exotic touch. Ramajogayya Sastry's thoughtful lyrics with S Thaman's music create an impact. However, compared to the previous three songs, Adavi Thalli Maata has not met the expectations of what we want from the film. It did not keep us hooked.

The song's visuals mostly have Kalyan and Rana Daggubati. But other actors, including Nithya Menen, Samyuktha Menon, and Samuthirakani, also have also brief appearances. The visuals show the fierce and angry sides of both Kalyan and Daggubati. While all the other actors have a significant resemblance with their respective roles from the Malayalam version, Menen's look is different from the original version.

Has all the right elements in place, still not catchy

Though the song has all the right elements to set the mood, it's not catchy. Verdict: Adavi Thalli Maata bags 3 stars for its music, lyrics, and visuals. If you haven't heard the sensational Lala Bheemla song yet, read our review. Directed by Saagar K Chandra, Bheemla Nayak has been bankrolled by Naga Vamsi and it is gearing up for a January 12 release.