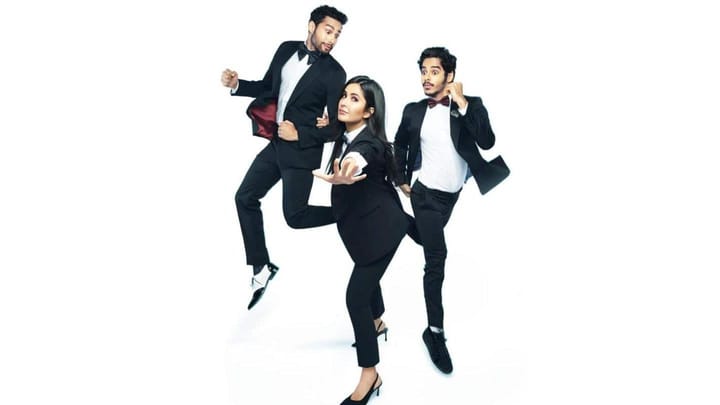 The trailer of Katrina Kaif-Ishaan Khatter-Siddhant Chaturvedi starrer Phone Bhoot is out! Directed by Gurmmeet Singh, it's bankrolled by Farhan Akhtar and Ritesh Sidhwani's Excel Entertainment and will release on November 4. The trailer has revealed that the story will follow two ghostbusters (Khatter, Chaturvedi), who join hands with a ghost (Kaif) to help other lost souls attain moksha (salvation). Here's a trailer breakdown.

The 2:49-minute-long trailer introduces us to Khatter and Chaturvedi, who are "blessed" with special powers of seeing ghosts and thus, become ghostbusters. After they meet a beautiful ghost (Kaif), they decide to aid lost souls in attaining salvation. Sheeba Chaddha and Jackie Shroff appear briefly and impress in their spooky avatars, but the clip is riddled with cliche, unfunny jokes that mirror WhatsApp forwards.

Phone Bhoot will be Kaif's first release after her wedding to actor Vicky Kaushal. It also stars Abhinay Raj Singh and Manu Rishi Chadda. Interestingly, this is Kaif's third film with Excel Entertainment after Zindagi Na Milegi Dobara and Baar Baar Dekho. The film has been written by Jasvinder Singh Bath and Ravi Shankara and is finally arriving in theaters after facing multiple delays.

'Phone Bhoot' is looking at a clash with two films

Here's how to create WhatsApp avatars on an iPhone WhatsApp
5 effective home remedies for scabies Natural and Home Remedies
Streaming in 2023: Every Disney+ Original title coming your way!  Disney+
Renault and Nissan working on new models for India Renault