Zack Snyder thinks 'Pretty Woman' could be a zombie movie! 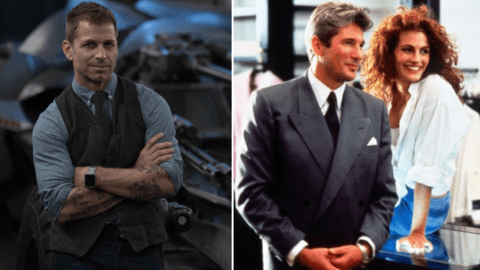 Zack Snyder, who made his directorial debut with a zombie film in 2004, is making a comeback in that genre with the much-awaited Army of the Dead. He is certainly not done with zombies yet, as he feels popular rom-com Pretty Woman can be a zombie flick too! The ace director pitched this bizarre idea during an interview, and honestly, we are on board.

Quote
Which all films were named by Snyder for zombie flicks?

Statement
'Huma is amazing actress, no two ways about it'

Snyder also gushed about Huma Qureshi, who plays a character named Geeta in his movie. "She was written as an Indian character. Huma is a really amazing actress, no two ways about it. We talked about who we could get, and the casting director brought her up. I watched some of her material, and I was like, 'this actress is amazing,'" said the director.

Snyder was thrilled when Qureshi agreed to play Geeta's role. "I was so happy, and finally, having her on set," he added. In fact, her work was so good that the Man of Steel director wants to only work with Indian actors from now on.

On a related note, Snyder also came forward to help COVID-19 patients in Delhi. He joined hands with Qureshi to launch a 100-bed hospital with an oxygen plant. He tweeted, "I've joined hands with Save The Children to help Delhi fight the pandemic. They are working to build a temporary hospital facility in Delhi with 100 beds along with an oxygen plant."

I’ve joined hands with Save The Children to help Delhi fight the pandemic. They are working to build a temporary hospital facility in Delhi with 100 beds along with an oxygen plant. Please support❤️🙏🏻 #BreathofLife @humasqureshi
International donors: https://t.co/9ZbOQuzwQ0

Information
'Army of the Dead': Story, cast details, and more

Back to Army of the Dead, the film is about a group of mercenaries who are looking to loot a Las Vegas casino during a zombie outbreak. However, it's a race against time, as US will nuke the city in 32 hours. The movie will hit Netflix on May 21. Apart from Qureshi, it stars Dave Bautista, Ella Purnell, Omari Hardwick, and Michael Cassidy.