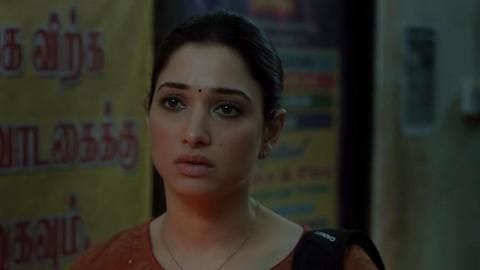 Many big stars are making their way to streaming platforms. Another one to join this bandwagon is actress Tamannaah Bhatia, who debuted with 11th Hour recently. She will soon be seen in Hotstar original Tamil crime-thriller, November Story, which will start streaming on May 20. The series will be available for viewing in Telugu and Hindi as well. It dropped its trailer today.

The trailer of the series makes one curious of what will come next. The whodunnit drama has elements of psychological thriller to it that increases its intrigue. Unlike many trailers, the makers don't give everything away, but just enough to make you wonder who committed the crime, and whose side are you on. Bhatia though sometimes seems to carry the same expression throughout.

Talking about her role, Bhatia said that portraying her character Anuradha, who is a strong woman and hero of the story, was a "very gratifying experience." The Entertainment actress added, "With its compelling storyline and unique narrative, November Story will keep audiences on the edge of their seats and hooked till the end as the mystery around the murder is uncovered."

Story about a daughter trying to protect her father

The show tells the story of Anuradha, who is trying to save her father, after he is accused of cold-blooded murder. The father is at the early stages of Alzheimer's and was a crime-mystery writer, making cops sure that he is capable of committing the crime. When all the evidence points at her father, Anuradha takes it on herself to prove his innocence.

Ram Subramanian, the director, called it a "classic murder mystery," where search for one truth unveils many others. "We wanted to bring the Tamil audiences a crime thriller unlike any other, in terms of both the storyline, and the way it's brought to life. All the actors have delivered extraordinary performances and I am confident that the unique theme will grab attention," he said.