'The Disciple' review: A moving tale about music and self-discovery 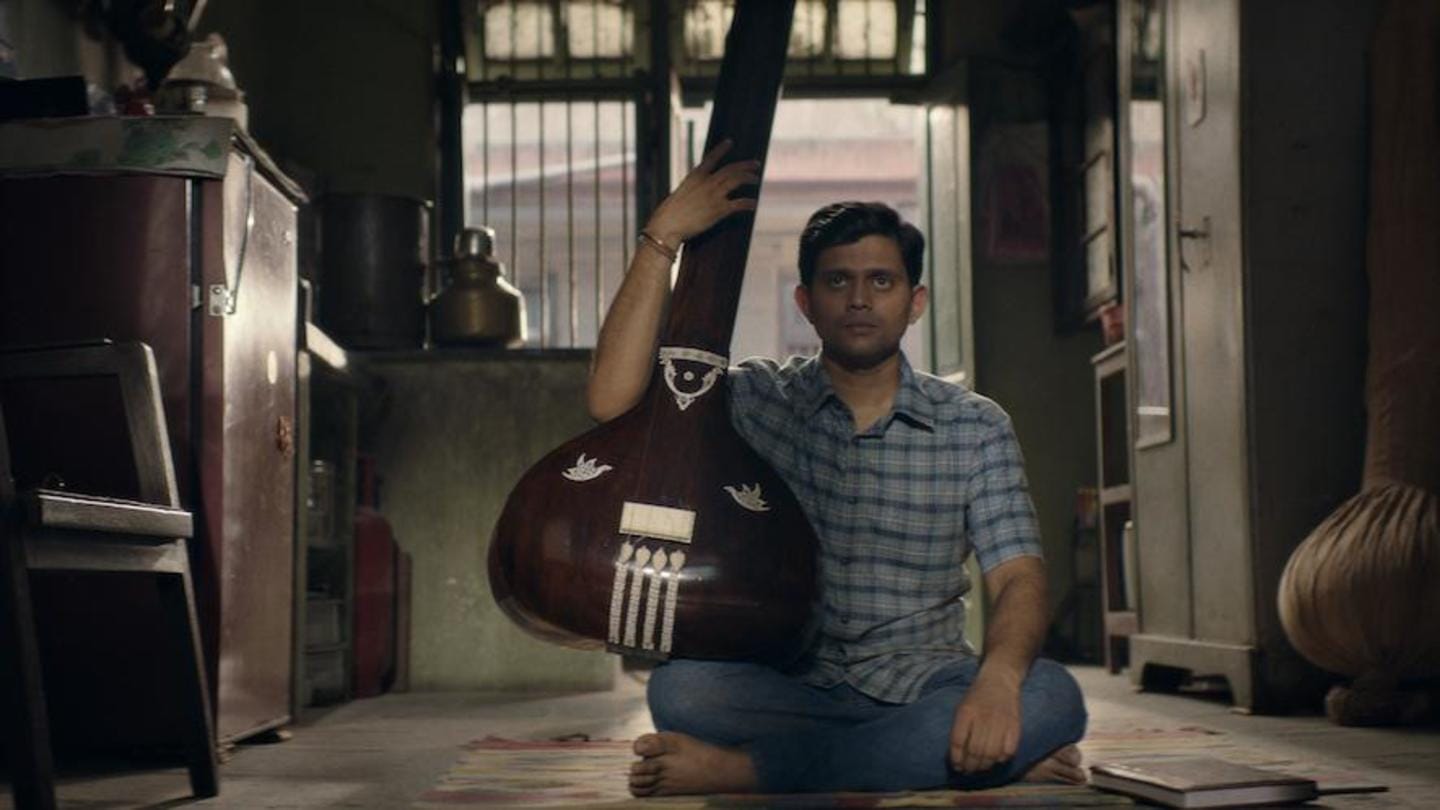 Chaitanya Tamhane's Marathi film The Disciple, is a perfect watch for an easy weekend, if there was one.

The Netflix film, backed by Oscar-winning filmmaker Alfonso Cuaron, has won international accolades when it competed at the 77th Venice International Film Festival, becoming the first Indian film since Monsoon Wedding to do so.

It's moving and gripping in right amounts.

In this article
Story

The Disciple is the story of Sharad Nerulkar (real-life classical singer Aditya Modak) from Mumbai, and his guru, Pandit Vinayak Pradhan.

The film reminds one of Whiplash, where the mentor is a hard taskmaster and his student has many challenging assignments set in place.

Essentially, it gives a glimpse of how Sharad discovers himself as a singer and, more importantly, as a human.

From sound design to camera work, the technical aspects impress 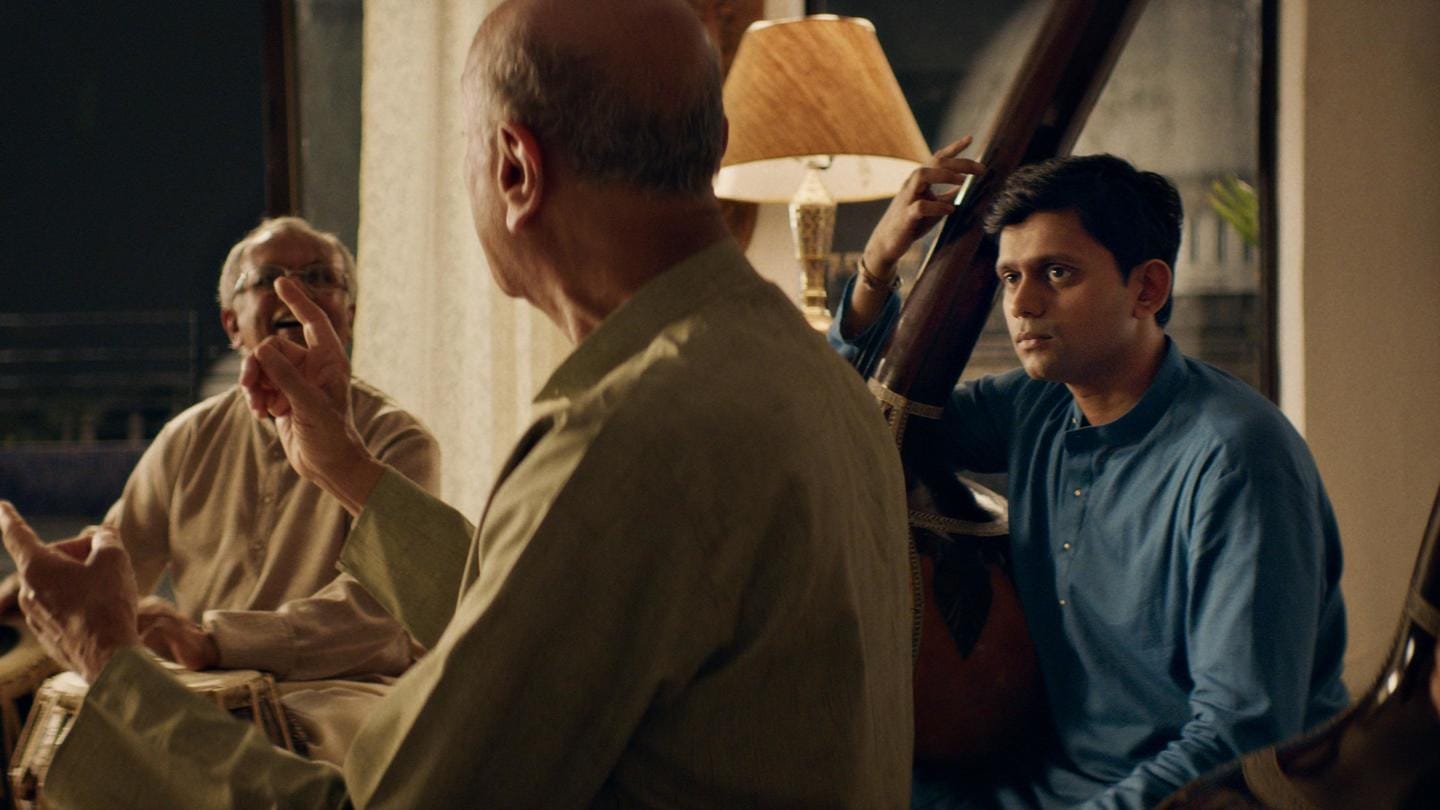 Tamhane, who first made headlines with his drama film Court, proves his mettle with the impeccable camera work and sound design he has in place.

The background score when Sharad rides his bike alone at night is haunting and gives you a heavy, uneasy feeling.

The camera and lighting also give a feel of what the character is going through without giving everything away.

'The Disciple' thrives on magnificent acting performances too

The film that aims to depict the 'guru-shishya' parampara, gives a chance to both Modak and Arun Dravid (Pandit Pradhan) to thrive and they do.

Modak's Sharad cares for his guru like family, while he goes through internal battles, but maintains a dignified silence.

His frustration can be felt.

It also showcases the apathy of people around the protagonist in full glory.

The film strewn with meta references should not be missed 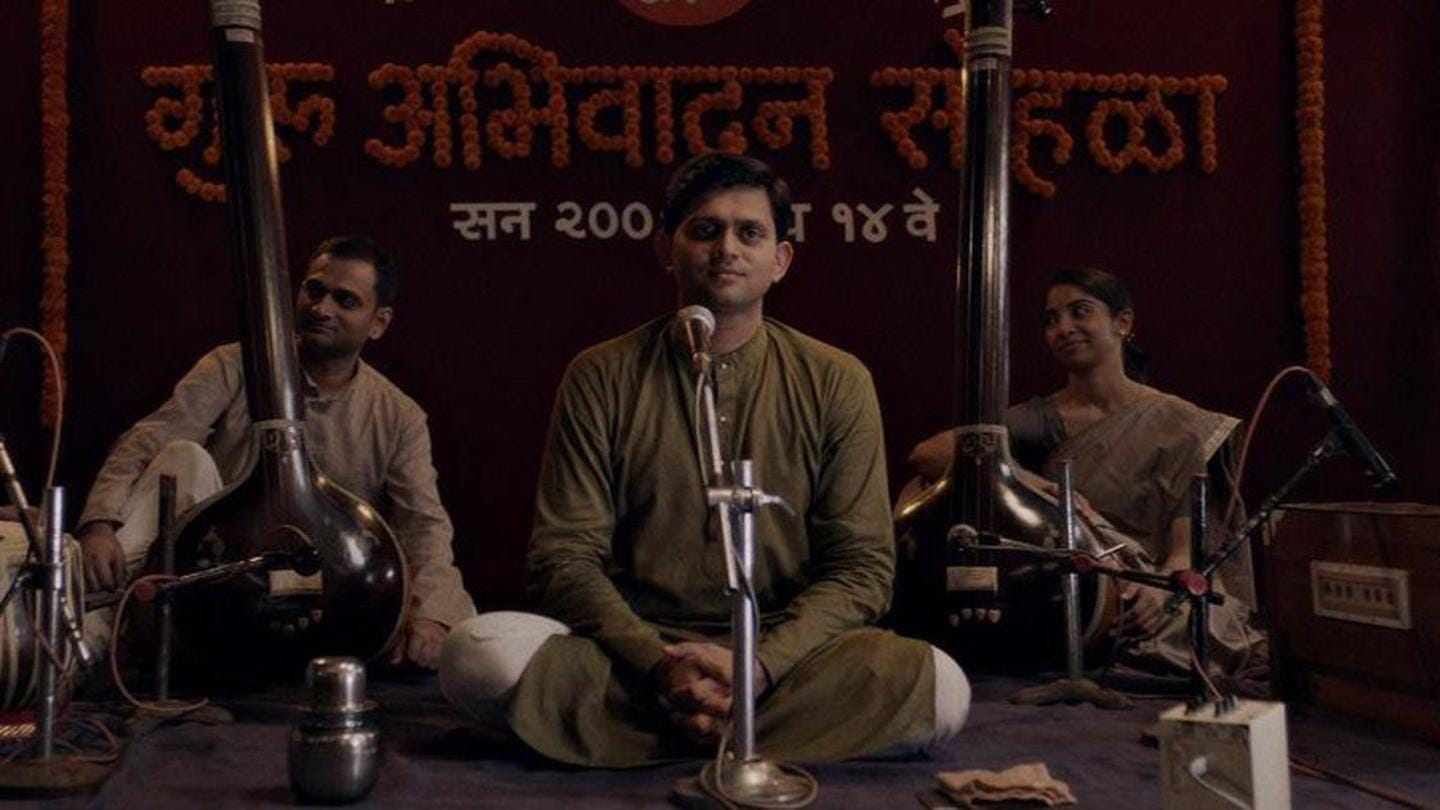 The 128-minute-long film says more things subliminally than it does through words.

Sharad converting old classical music tapes to CDs seems like a commentary on how with changing times, treasures from the past are becoming obsolete.

The motherly solace that Sharad craves is also evident without him saying anything.

The movie is an all-round masterpiece and a must-watch.