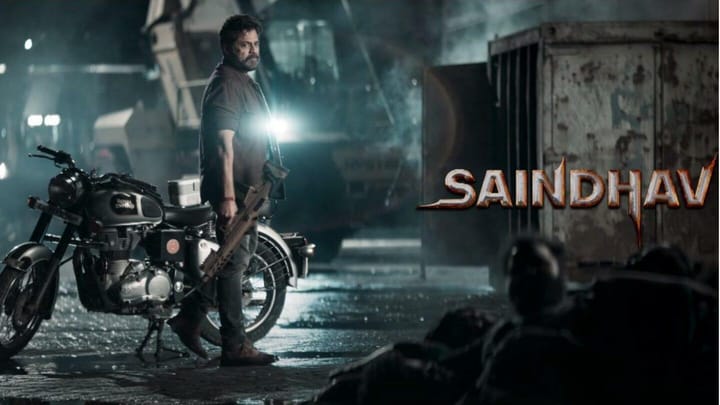 Venkatesh Daggubati's upcoming film which was tentatively titled Venky75 has got its title. The actor took to Twitter to announce his next project with Sailesh Kolanu. The film has been titled Saindhav and as per the first look, it is going to be a power-packed action drama. Daggubati is sporting a rugged look with a gun in his hand in the recently released poster.

This action thriller is helmed by Kolanu who is known for his directorial venture HIT 2. The star cast of the Telugu film is not revealed yet. The movie will be bankrolled by Venkat Boyanapalli under the Niharika Entertainment banner. It is touted to be made on a massive scale and as per reports, it will be Daggubati's highest-budget film to date.

My next is a very special film ❤️