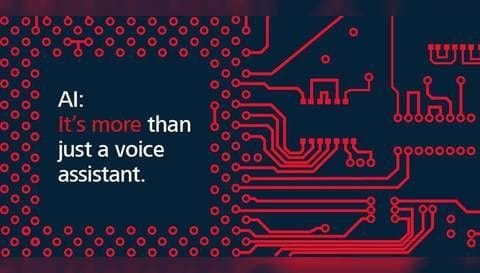 In a first, Chinese phone maker Huawei has used its artificial intelligence (AI)-enabled smartphone to drive a car. The company has successfully demonstrated a driverless Porsche Panamera being controlled by Huawei's flagship Mate 10 Pro smartphone. Coined as the RoadReader project, Huawei will showcase this technology at the Mobile World Congress (MWC) 2018 in Barcelona on February 26-27.

Details
The car recognized a dog and automatically maneuvered itself

The AI technology can "understand its surroundings." It can not only identify objects on the road but also take smart decisions to avoid collisions or hitting someone. This was proved during the test with the Porsche Panamera, where the smartphone-driven car did not hit a real dog sitting in the middle of the road and maneuvered itself to side-step the roadblock.

Method
The AI-powered smartphone can differentiate between food, pets, landscape

This was made possible by equipping the Porsche Panamera with Mate 10 Pro's Kirin chip processor that allowed cars to steer clear of objects that appear down the road. The camera app on the smartphone can tell the difference between food, pets, and landscapes, among other things. The project combined object recognition technology with AI-powered learning capabilities to test the driverless car.

Quote
The project was carried out in 5 weeks

Huawei said, "Our smartphone is already outstanding at object recognition. We wanted to see if in a short space of time (five weeks) we could teach it to not only drive a car, but to use its AI capabilities to avoid certain objects."

Road Ahead
The technology has a long way to go

The project only showcases a vehicle avoiding an obstacle during a test drive. For a car to be completely self-driven, the AI would have to monitor several other things than an occasional dog on the street. However, Huawei does prove that if its high-end Kirin chip can power self-driving cars, then it can be used for other AI-powered tasks in the future as well.