Ferrari 812 GTS first-look: The return of the legend Exactly half-a-century after the debut of the 365 GTS4, the Ferrari 812 GTS earmarks the return of the front-mounted V12 spider that has played a pivotal role in the history of the Italian automaker. Touted as the 'most powerful convertible on the market,' the 812 GTS is a blend of Ferrari's heritage, elegant design philosophy, and racing DNA. Here's its first-look. 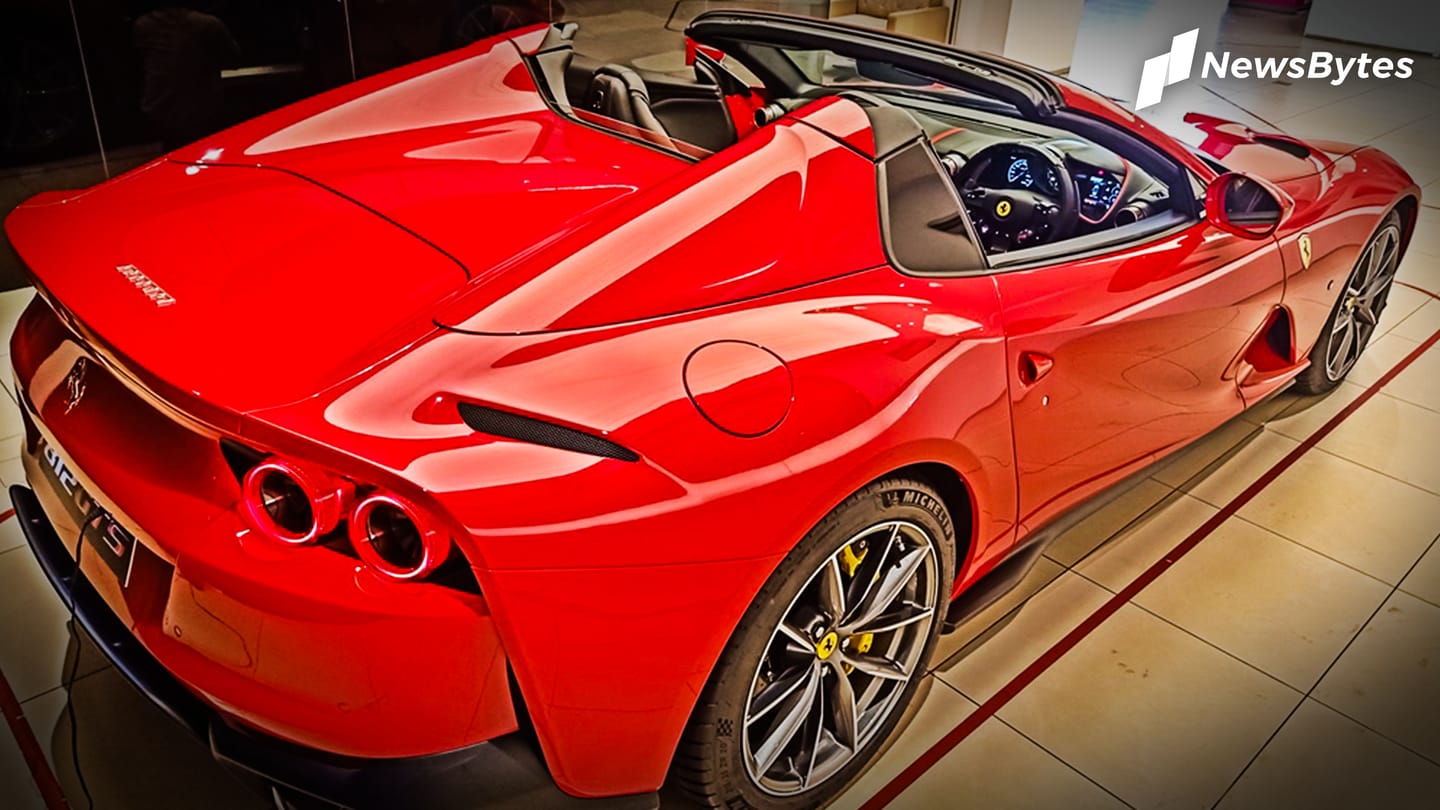 The Ferrari 812 GTS looks similar to the 812 Superfast except for its slightly lower stance and a retractable hard top. Design-wise, it gets two distinctive buttresses beneath which the roof movement mechanism is packed. The entire rear section has been reworked for improved aerodynamic performance. The 812 GTS also gets new forged alloy wheels which are lighter and complement the overall sporty presence.

Details about the convertible hard top The 812 GTS features a retractable hard top, which opens in just 14 seconds at speeds of up to 45km/h. The rear section also has an electric screen, which acts as a windshield and makes the car usable with the top down. It gets two small L-shaped flaps on the windscreen that help minimize pressure behind the occupants' heads and reduce turbulence. Is it worth the money? The 812 GTS, like any other flagship Ferrari, can be customized with a lot of extras and that pushes the price up. In India, the base model commands a price-tag of around Rs. 6 crore. The 812 GTS spider is an iconic model, carrying the heritage of a front-mounted V12 while setting a new benchmark in terms of performance and versatility.