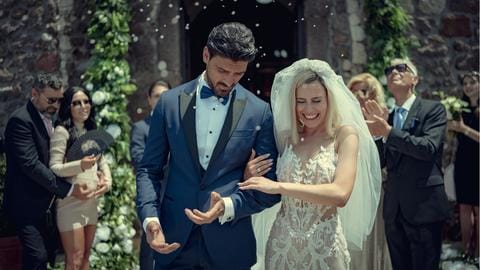 Context
Why does this story matter?
Trailer
A complicated love triangle is brewing

The movie's trailer opens with an interesting reversal of roles whereby Biel now holds the upper hand over Torricelli. She tells him that she will do whatever she wants to do to him. We then see the two getting married. Torricelli retains his overprotective streak but is also burdened by his family responsibilities and leaves. Meanwhile, Nacho (Simone Susinna) enters and things get intriguing.

Nacho is shown to be someone who works for Torricelli. He whisks her away to a beach when she asks him to. The biggest takeaway from the trailer is the way Biel transforms from being a submissive woman to someone independent and strong. Admittedly, she wants to break free from living under the watchful eyes of Torricelli and gets support from Olga (Magdalena Lamparska).

Fact
Know more about the film

"The reunited couple's new beginning is complicated by Massimo's family ties and a mysterious man who enters Laura's life to win her heart and trust, at any cost," reads the synopsis. Barbara Białowąs and Tomasz Mandes return to direct this upcoming film. Notably, the Polish thriller series is based on Blanka Lipińska's books. The sequel hits Netflix (Poland and US) on April 27.