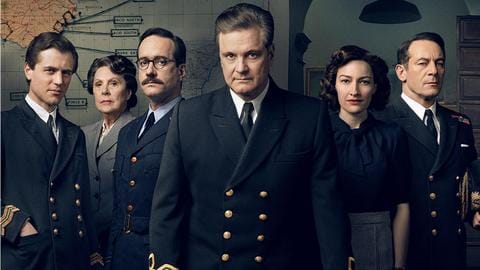 Colin Firth and Matthew Macfadyen will soon star in a World War II drama based on an actual incident in Operation Mincemeat. Tagged to be "the greatest deception in history," the film will follow British intelligence and armed forces' successful attempt at fooling Adolf Hitler and his Nazi forces. The John Madden directorial's trailer was dropped recently. Here's a breakdown.

Context
Why does this story matter?
Trailer
This is what the trailer shows us

The clip begins with the Security Service, aka MI5 (Military Intelligence, Section 5) discussing how the British army will be attacking Sicily in five weeks. But the plan might not work as the Nazis already know of this move. In order to mislead them, MI5 devises a "humiliating trick on Hitler," which is to plant a fake dead body with (false) classified documents!

Comments
Aimed at highlighting contribution of people away from 'actual' war

Through the course of the trailer, we see how the officers turn a random dead man into a fictitious armed officer who washed up on shore, carrying a briefcase full of information about the Allies' seeming attack on Greece. By highlighting the intelligence and integrity that takes place away from the war, Madden attempts to shine a light on the undecorated lives of spies.

Information
Film will release in select theaters and Netflix

Apart from Firth and Macfadyen, the upcoming film co-stars Jason Isaacs, Kelly Macdonald, Simon Russell Beale, Mark Gatiss, and Penelope Wilton. It's most likely the last performance by Paul Ritter (Chernobyl, Harry Potter) before his death last year. Interestingly, James Bond author Ian Fleming also gets an appearance in the trailer. Operation Mincemeat will hit select theaters first and then Netflix on May 11.