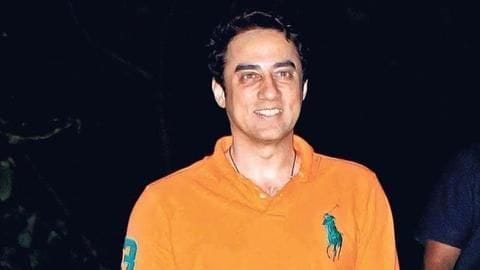 Faissal Khan, better known as Aamir Khan's brother and for his act in the biggest box office failure of 2000, Mela, is all poised to return to showbiz. The 55-year-old is making his directorial debut with Faactory, the trailer of which dropped today. It has garnered over 2L views upon its release, but the film might not be able to revive his flagging career.

Details
Roaleey Ryan plays the female lead in this film

The trailer, lasting some 2.52 minutes, begins with a helicopter shot at night, showing a car moving on a road. An eerie rendition of Hume tumse pyaar kitna from the film Kudrat plays in the backdrop, upping the intrigue. All looked good until Faissal appeared and started mouthing dialogues in a robotic fashion. The female lead has been played by Roaleey Ryan.

Breakdown
Trailer harps on how no one can understand women

A little over 1.10 minutes, we see Ryan's character telling Yash (Faissal) that she loves him, and we see him breaking into a Rajinikanth dance. After a while, she plunges a knife into his heart, and he still stands tall, telling how the saying that women can never be understood by anyone, including the Almighty, is true. We also spot a third male character.

That male character too proposes marriage to Natasha (Ryan), and she readily agrees. The trailer ends with Natasha in a femme fatale avatar, holding a gun, looking at the camera menacingly while hugging Faissal's character and telling, "I really love you, Yash," and you instantly know what the film will be all about. If the movie offers something unpredictable, it will be interesting.

Talking about this venture, Faissal said, "Faactory is an edge-of-the-seat thriller, full of interesting twists and turns that will keep the audience glued to the story." The film releases on September 3. Before this, Faissal had hit headlines last year when he leveled allegations against Aamir and his family, detailing how he was kept "under house arrest for one year," and given "forceful medication."