Anthony Mackie's prototype commando rules in 'Outside The Wire' trailer 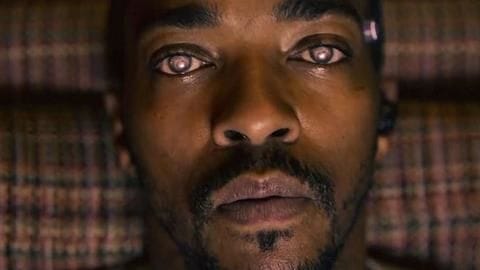 Since Chris Evans aged like fine wine in the end of Endgame, we have been waiting for Falcon to take up the Vibranium shield and make good of it. It seems like Anthony Mackie is listening but only in a different world, that is in Outside The Wire, a brand-new actioner, which is slated for a mid-January release. Let's decode its recently-released trailer.

It all starts with drone pilot Harp, played by Damson Idris, who broke a chain of command and has been deployed to serve in an intense military unit. Harp is being escorted by an army vet to meet his new commander. The subsequent scenes show that his first interaction with his boss goes as usual, as he is asked the reason behind his deployment.

Details
Shining exoskeleton revealed: Leo is not a human being

However, a one-on-one conversation with Leo, played by Anthony Mackie, shows that Harp's boss is not a human being. The shining exoskeleton with intricate wiring keeps Harp dumbstruck, but Leo orders him to get accustomed to the reality of his boss "within sixty seconds." That's the exact time Leo's exoskeleton takes to camouflage itself as human skin. Leo is impressed by Harp's sincerity.

The trailer proceeds to show a bond getting developed between mentee Harp and mentor Leo. Advanced artificial intelligence displays that Mackie's character is capable of joking as well, as he talks and teases about Harp's love interest, calling her a "hottie." But there is a mission Leo, a prototype, has been designed to achieve. The trailer becomes serious from here on.

Plotline
Harp has to have Leo's back no matter what

Leo says his "existence is classified," but he has chosen Harp because he needed "someone who can think outside the box." That's where trouble arises as Leo explains how, like normal human beings, he is also allowed to break the code and possibly defect to the other side. Harp is left in dilemma, as Leo asks him repeatedly to trust him completely. Intriguing indeed!