'Bangarraju' gets a fun-filled trailer; Nagarjuna, Naga Chaitanya charm you 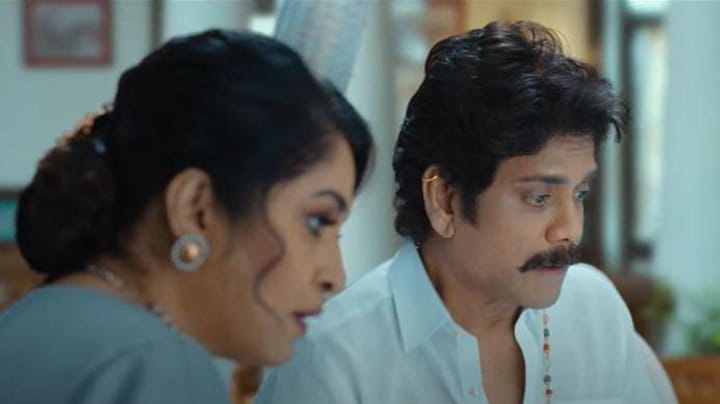 Nagarjuna and Naga Chaitanya's upcoming film Bangarraju is a highly awaited Telugu flick. To keep up the hype, its makers released a trailer today and it's entertaining all the way. The 2:06-minute-long clip has all elements we would expect from a commercial entertainer: comedy, romance, action, emotions, music, and whatnot. Directed by Kalyan Krishna Kurasala, Bangarraju is releasing this Sankranti on January 14.

Nagarjuna and Chaitanya win hearts with their colorful performances

All the key actors get their space in the trailer. While Nagarjuna and Chaitanya's performances grab attention, Krishnan, despite appearing briefly, makes her presence noteworthy. Shetty has a charming presence throughout. We also get a glimpse of Faria Abdullah's dance number in the clip. So, all boxes are ticked! Now, all we can do is sit back and wait for the film's release.

Meanwhile, Bangarraju is clashing at the box office with two Tollywood films, Rowdy Boys and Hero, which are releasing around the same time. Rowdy Boys, starring Ashish and Anupama Parameswaran, is set to be released on January 14. Also, Hero, being led by Ashok Galla and Nidhhi Agerwal, is releasing a day after Bangarraju. Thus, all three films are locking horns this Sankranti. Wow!

Postponement of 'RRR,' 'Radhe Shyam' release is an added advantage

Two highly anticipated multi-lingual films— RRR starring Ram Charan, Jr NTR, and Alia Bhatt; and Radhe Shyam starring Prabhas and Pooja Hegde— were supposed to be released on January 7 and January 14, respectively. But makers of the movies postponed the premiere dates owing to the pandemic. Had it happened as per the original plan, the fight would have been super tough for Bangarraju.