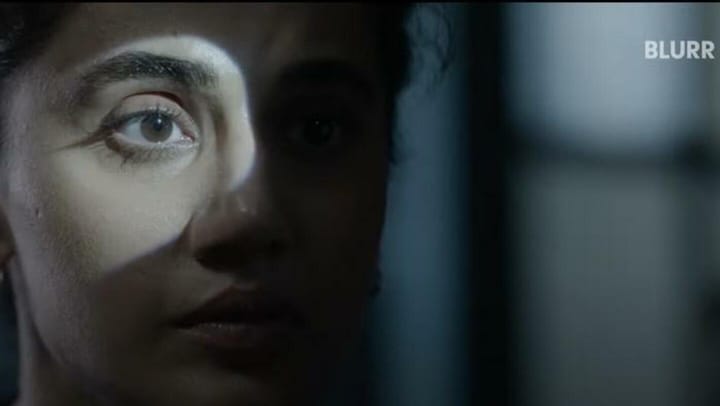 The trailer of Taapsee Pannu's upcoming film Blurr was dropped on Tuesday. Going by the video clip, it looks like the film will revolve around the death of one of the characters played by Pannu. The trailer hints that the film will be a thriller with Pannu playing dual roles as twin sisters. Dive in to know more about the movie and the trailer.

'Blurr' is set for release on ZEE5

As mentioned earlier, Blurr is gearing up for release on December 9 digitally, on ZEE5. This film marks the return of filmmaker Ajay Bahl after his 2019 film Section 375. Pannu, who has had two releases this year, namely Srijit Mukherji's Shabaash Mithu and Anurag Kashyap's Dobaaraa, will make her first digital premiere for the year with Blurr.

Here's what Pannu said about the movie

Talking about the film, Pannu earlier said, "Blurr taps into different sensibilities of an individual and that is purely why I decided to produce it as my first film. Donning the producer's hat has been a spectacular experience." "Essaying the character of a woman pushed to the brink of mental endurance due to her sister's death was vulnerable, raw, and clawing," she added.