BTS Jin charms with his first official single 'The Astronaut' 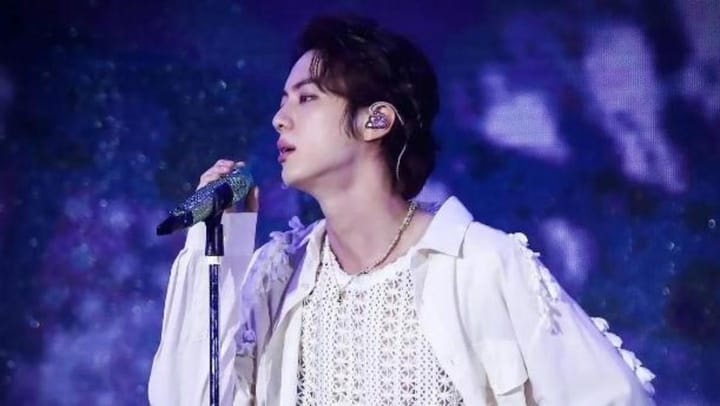 Jin of BTS finally dropped his first official single on Friday titled The Astronaut which has been written by Jin himself. Along with the single, BTS's agency, Bighit Music also shared a music video for the song. In the MV, Coldplay singer Chris Martin made a cameo appearance as a news reporter. Read on to know more about the latest sensation.

What does the music video show?

The video shows Jin engaging in various activities such as playing, clicking photos, and riding bicycles. It shows him also spending time with a little girl. Later, we see him getting transported to a galaxy briefly, and then he comes back to earth. The lyrics of the song go, "'When I'm with you, there's no one else," making the BTS ARMYs emotional.

Will Jin perform with Coldplay on their world tour?

Earlier last week, photos of the Butter singer surfaced online where he was seen at an airport in Seoul as he departed for Buenos Aires. It is reported that he will perform The Astronaut for the first time on stage at the Coldplay Music of the Spheres World Tour. To recall, Coldplay had collaborated with the members of the K-pop band for My Universe.

Jin will be first BTS member to join military

BTS's agency HYBE announced recently that Jin will start his service in the South Korean Military by the end of October. Jin is the first BTS member to join the army. Other members of the boy band will also serve in the military whenever they are asked to. Jin is the oldest member of the group and will turn 30 this year in December.