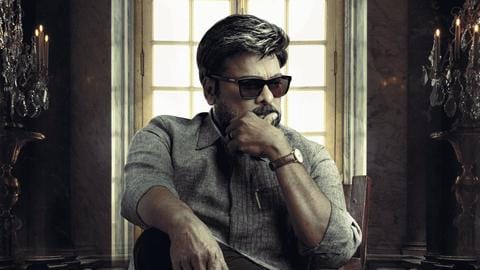 Ahead of its release on Dussehra 2022, the makers of Chiranjeevi's upcoming film GodFather dropped the megastar's first look along with a short video clip giving us a sneak peek into the film on Monday. Directed by Mohan Raja, GodFather is the Telugu remake of Mohanlal's Malayalam film Lucifer directed by Prithviraj Sukumaran. Dive in to know more about the film.

Context
Why does this story matter?
Observation
What did the poster show?

In the poster, Chiru can be seen in a dapper outfit sitting on a chair with his legs crossed and it looks like he is lost in thoughts. As far as the video is concerned, it starts with intense background music and we see a car being pulled over amidst a crowd carrying party flags. As the car stops, Chiru steps out of it.

Details
Salman Khan to play a role in 'GodFather'

GodFather has a star-studded cast. Though the makers have not yet revealed the complete cast list, it was revealed earlier that Bollywood actor Salman Khan will make an extended cameo appearance. Lady superstar Nayanthara has an important role in the project and it is anticipated she will step into the shoes of the role played by Manju Warrier in the original film Lucifer.

Updates
These are the other projects of the megastar

Apart from GodFather, Chiru has a huge lineup of films. This includes Bholaa Shankar co-starring Keerthy Suresh. It's anticipated that he will play Suresh's brother in Bholaa Shankar. The actor also has a film with director Bobby, tentatively titled Mega 154. Shruti Haasan has an important role in this. It was announced recently that the film will be released on Sankranti 2023.