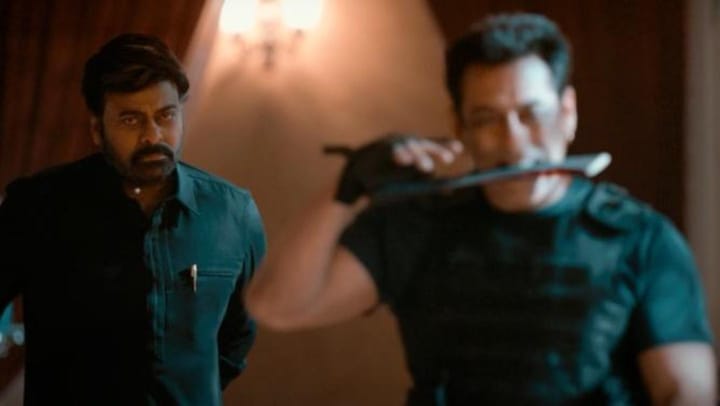 Telugu megastar Chiranjeevi's most-awaited film Godfather is all set to hit the big screens on October 5. The makers of the film dropped its trailer on Wednesday at a grand pre-release event in Anantpur. The megastar also shared the trailer on his Twitter space and captioned it, "GodFather coming on Vijayadasami (sic)." Take a look at the highlights of the trailer.

The trailer opens with a voiceover that informs us of the death of a chief minister and immediately questions are raised about his successor. The next shot introduces Chiru as Brahma, who has both friends and enemies in abundance in the political world. Salman Khan makes an appearance halfway through the trailer and comes to the rescue of his "bada bhai."

Right after the entry of Khan, the trailer is full of power-packed stunt sequences and numerous slow-motion shots. Nayanthara makes a brief appearance along with Satya Dev and both get caught up in the middle of a fight for power. Going by the trailer, it looks like the film will be a frame-to-frame remake of the original Malayalam film Lucifer starring Mohanlal.

'GodFather' to clash with Akkineni Nagarjuna's 'The Ghost'