'Badass Ravikumar' title announcement: Himesh Reshammiya, the actor is back! 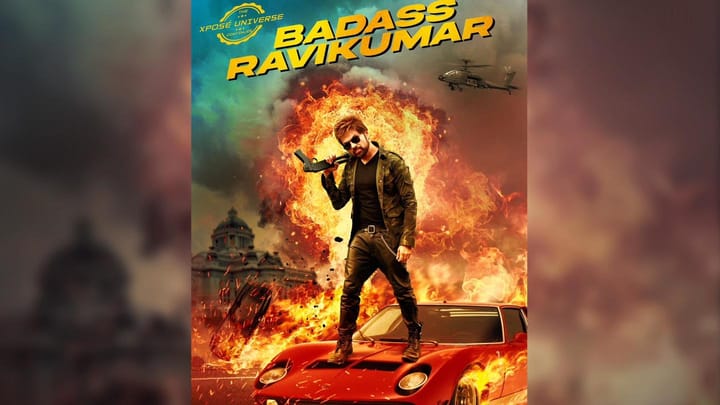 Music composer-singer-reality show judge Himesh Reshammiya is back to acting! The Samjho Na singer will star in Badass Ravikumar, which is touted to be the next film in the The Xpose franchise. The film has been billed as an action entertainer and will feature Reshammiya locking horns with as many as 10 villains! The makers have also released a teaser and official poster.

The three-minute-long teaser provided a detailed look at the plotline of Badass Ravikumar. It starts with a variation of a popular dialogue from the 1975 classic Sholay and features several action sequences where we see Reshammiya breaking bones and overturning cars, indicating that it'll be a one-man show. Some flashback scenes from The Xpose have been weaved into the clip, too.

Film critic and trade analyst Taran Adarsh tweeted that the movie "is an action entertainer aimed at present-day action lovers." He also shared that the female protagonist, director, and villains will be unveiled soon. The action entertainer's first song, titled Butterfly Titliyan, as well as the trailer can also be expected in the coming days. The movie is slated for a 2023 release.

Meanwhile, here's a refresher on 'The Xpose'

The Xpose, released in 2014, was a romantic thriller, directed by Anant Mahadevan and produced by Vipin Reshammiya under HR Musik. Apart from Reshammiya, it also starred Bigg Boss 8 fame Sonali Raut and Zoya Afroz (Paamban), along with a special appearance by Irrfan Khan. The film marked singer-composer-rapper Yo Yo Honey Singh's Bollywood acting debut. Reshammiya had also penned the film's script.