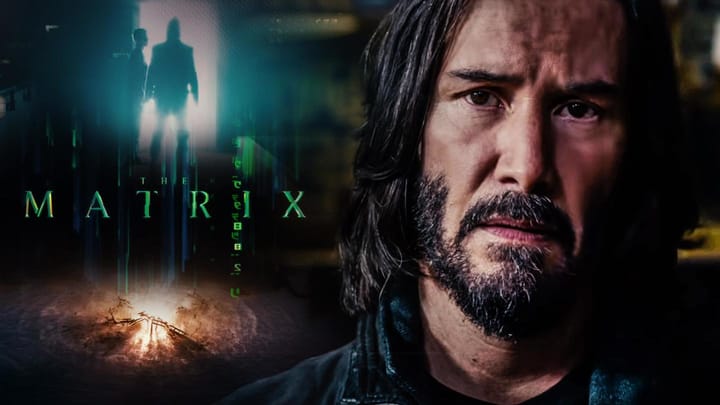 The trailer of The Matrix: Resurrections is out now and has garnered over 15 lakh views in just 71 minutes! Now, that's quite a feat and it only goes on to prove how excited people were. As we had covered earlier, the trailer starts with Keanu Reeves's Thomas Anderson aka Neo, who's in a therapy session, seated opposite Neil Patrick Harris. Here's more.

'I had dreams that weren't just dreams. Am I crazy?'

"I had dreams that weren't just dreams. Am I crazy?" asks a bewildered Neo, to which Harris's character says, "We don't use that word in here." Anderson doesn't remember the Matrix either. We then get a helicopter shot of a bridge and Reeves soaking in a bathtub. In the next scene, he meets Carrie Anne Moss's Trinity in a cafe, and they shake hands.

Their handshake is shown closely and lasts longer than usual. We understand they get a feeling of having met each other, which Trinity also asks about, but Anderson isn't able to answer that. Jefferson Airplane's song, One pill makes you larger, from their 1967 album Surrealistic Pillow, sits perfectly in the trailer. We see how Reeves's eyes enlarge when he takes the blue pill.

Is Priyanka Chopra Jonas playing the younger version of Oracle?

As the song plays in the backdrop, we see shots of Reeves shielding himself from the sun using his hand, while noticing a flock of birds forming a pattern, and in a closed space surrounded by young people engrossed in their smartphones. At the 1:02 mark, we get a glimpse of Priyanka Chopra Jonas, who probably plays the younger version of Gloria Foster's Oracle.

'The Matrix: Resurrections' will release on December 22 this year

Yahya Abdul-Mateen II, who resembles Morpheus, enters and tells Anderson, "Time to fly," giving him a red pill. Then Jessica Henwick asks Neo to follow her if he wants to know the truth. The trailer ends with Jonathan Groff's dialogue, "After all these years, to be going back to where it all started. Back to the Matrix." The Lana Wachowski-directorial releases on December 22.