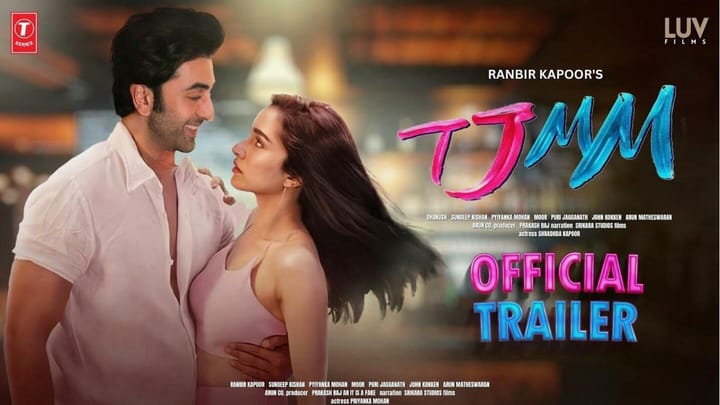 Luv Ranjan's Tu Jhooti Main Makkar has been in the buzz even before the official title was announced. From behind-the-scenes to looks of the actors, everything was making rounds on social media. Fans were eagerly waiting for the trailer, too. And, now, Ranbir Kapoor and Shraddha Kapoor promise to lead a quirky love tale like other Ranjan movies and this never-seen-before pair looks refreshing.

Release date of the film

The Sanju actor is back in the rom-com genre after a long time and the duo complements each other really well. Ranjan promises another fun and frolic romantic comedy and fans are joining the dots with the first caption shared with the poster. It read, "Objects in the picture are not as close as they appear." The film premiers on March 8, 2023.

Cast of the film

The film is unique because it marks the acting debut of producer Boney Kapoor. The film also stars Dimple Kapadia and Anubhav Singh Bassi. The comedian will also debut in this film. The music is by Pritam whereas the film is shot by Santhana Krishnan Ravichandran. This colorful rom-com seems to be offering a fresh take on love and is a perfect Holi release.