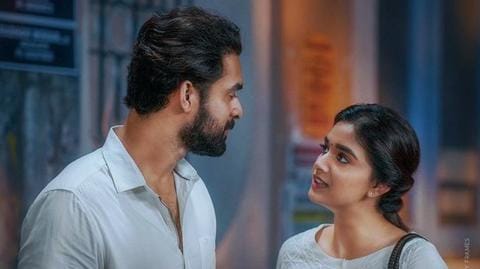 Days ahead of its theatrical premiere, the makers of the upcoming Malayalam film Vaashi shared its trailer on Tuesday. Starring National Award-winning actor Keerthy Suresh and Mollywood star Tovino Thomas in the lead roles, Vaashi is set to hit the marquee on Friday (June 17). Actor Vishnu G Raghav has made his directorial debut with the project. Here are the highlights of the trailer.

Context
Why does this story matter?
Trailer
Trailer does not establish Thomas, Suresh's relationship

The 1:50-minute-long trailer starts with a voiceover that says, "I have spoken to a lawyer for you," followed by Thomas's entry. Thomas's Ebin Mathew is a lawyer who has his ways of solving cases. Suresh is introduced as an advocate with whom no one can win an argument. But if they are friends or are they romantically involved has not been revealed.

In the clip, we see that the duo is pulled apart after getting involved in a case. While we don't know what the case is, the trailer reveals that it's a life-changing one for Suresh and Thomas as they advocate for opposite parties. "The judgment of this case will leave a mark on the society," says Thomas, conveying the importance of the case.

Going by the trailer, it looks like Vaashi will check all the boxes that one would expect from the film. There are emotions, drama, comedy, and social messages. The film marks the lead actors' maiden on-screen collaboration. Suresh's father G Suresh Kumar has produced the Malayalam project. Theevandi fame Kailas Menon has composed music, while Neil D'Cuncha is the director of photography.