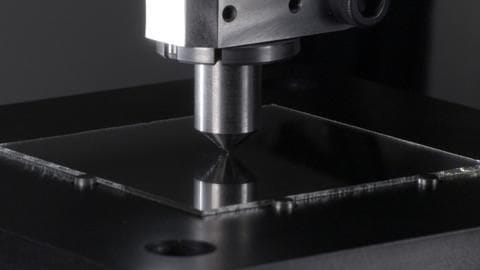 Corning, the American technology company that specializes in specialty glass, ceramics, and related materials, has announced the next-generation of protective glass for smartphones - Gorilla Glass Victus. The company describes it as the "toughest glass" ever to be created for a gadget, one that can easily survive a drop from six feet of height. Here's all about it.

Drops
Victus is much better at handling drops

Phones can tumble anytime but Victus, which is the seventh generation of Corning's protective glass, is well equipped to deal with it. The company says it can survive a 6.5-foot drop, something that the tallest among us would surely appreciate. To recall, the previous two versions of Gorilla Glass offered drop protection from just 5.25 feet and 3.9 feet of height, respectively.

Information
It can survive more drops than before

When it comes to repeated fall resistance, Corning says that the new Glass can withstand 20 3.2-feet drops on an average. This is 25% more than what Gorilla Glass 6 can offer from the same level of height.

Along with drop resistance, which has been the focus of Corning in the last few years, the new Victus glass also brings enhanced scratch resistance. Specifically, the company claims that its new glass offers twice the resistance of Gorilla Glass 6 and four times the resistance of a competing product, making a much stronger offering to bear marks left by keys and coins.

Caveats
However, there are many caveats involved

While the new glass will protect devices, it must be noted that it doesn't make them unbreakable. Victus just reduces the risk of a screen getting damaged after a fall. If you throw/scratch it intentionally, it will certainly break. Gorilla Glass scientist Jaymin Amin says metal/dirt particles can also stick on keys/coins and damage this glass, but the chances are fairly less.

That said, it is safe to presume that Victus will start appearing on flagship smartphones pretty soon. A Samsung phone is expected to use the glass in the next few months, followed by other OEMs, with perhaps even Apple, jumping on the bandwagon. The glass will understandably come at a premium price tag to the manufacturers, The Verge reports.