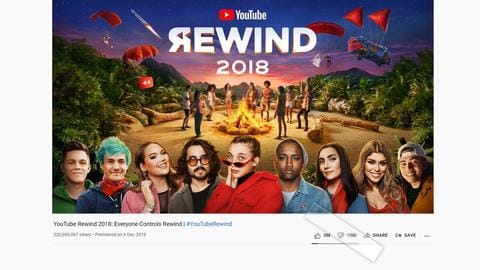 YouTube's like and dislike buttons have been a staple of the platform since its inception. However, the platform has now decided to hide the number of dislikes from the public to combat harassment and dislike attacks targeting smaller creators. The feature started rolling out yesterday and soon, only creators will be able to view the dislike count on their videos through YouTube Studio.

YouTube viewers decide whether or not to dislike a video sometimes based on the content and sometimes based on the like-to-dislike ratio and comments from other viewers. However, the latter could set off attacks targeting creators where viewers just dislike a video because the majority did. YouTube believes that by hiding the dislike count, it can stop creators from being disliked into insignificance.

YouTube says move will foster respectful interactions on the platform

Move could be hugely beneficial to creators' mental health

We hope once the dislikes are hidden, YouTube creators will interpret the dislikes as a true metric of whether or not viewers liked the video. Additionally, we suspect it could also do YouTube a favor by hiding the number of dislikes on its 2018 YouTube Rewind video. That is the most disliked video in YouTube history and forced it to eventually stop making Rewinds.

However, some may argue that YouTube could have adopted alternate approaches such as asking people why they dislike a video or disabling the dislike button until they watched a certain percentage of the video. Hiding the dislike count could help creators' mental health but could also lead to users watching irrelevant or unworthy videos and content created just for marketing.

Nokia G21 to be launched in India in February

With $54mn revenue in 2021, MrBeast becomes highest-paid YouTuber ever!

'The Northman' trailer: Of Vikings, violence, revenge and mysticism

5 reasons to practice meditation during pregnancy

7 ways to do a mental detox

Fill your home with calm energies. Here's how

Here's how you can embrace meditation