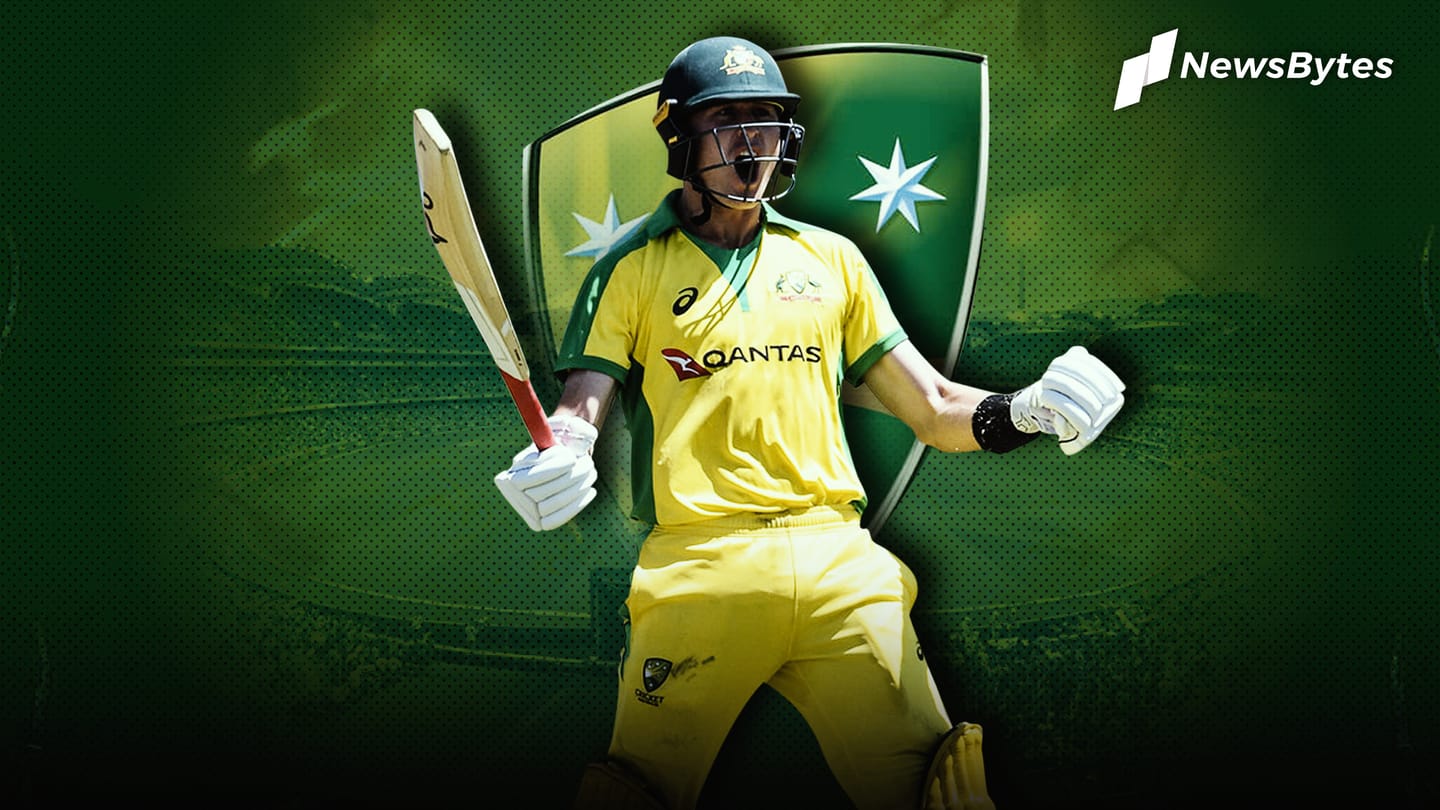 Australian middle-order batsman Marnus Labuschagne has offered to open the innings in the absence of injured David Warner. The news comes after the star opener was ruled out of Australia's white-ball games. Warner suffered a groin strain in the second ODI against India, having limped off the field eventually. He will now undergo rehabilitation in order to be fit for the Test series.

In this article
Opportunity

'Would love to grab the opportunity', says Labuschagne

Here is what Labuschagne said. "Certainly if I got asked to open the batting, it's an opportunity that I would enjoy doing. We'll see how our team shapes up for the next game and see the balance of the side, but I would love doing it," he stated. "My role at number 4 is just to read the situation and play my role accordingly."

Labuschagne rose to prominence at The Ashes Labuschagne had his first taste of success in the 2019 Ashes. He became the first-ever concussion substitute in the history of international cricket after Steve Smith got injured during the Lord's Test. Standing against all odds, Labuschagne scored a 100-ball 59 before Australia salvaged a draw. This proved to be a career-defining knock for him. He ended the series with 353 runs at 50.43.

Labuschagne has showed resistance against the Indian bowling attack

Besides stamping his authority in Test cricket, Labuschagne has also looked tailor-made for the 50-over format. So far, he has amassed 466 runs from 12 ODIs, including a ton and three fifties. He even looked in supreme touch during the second ODI against India, having played a 70-run knock. It will be interesting to see if he gets promoted up the order.

He duly supported Steve Smith during the innings Labuschagne played his bit as Smith anchored the Australian innings to bring up yet another ton. Speaking on the same, Labuschagne said, "We had Steve in so when I came to the crease it was just about building a partnership and a bit of momentum with him, and taking a back seat. When he was dismissed, me and Maxy played a bit more expansively."