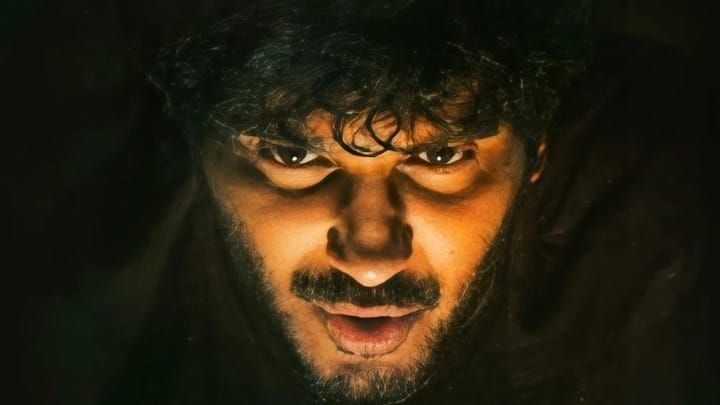 After unveiling a gripping teaser in July, the makers of Dulquer Salmaaan-Shreya Dhanwanthary starrer Chup: Revenge of the Artist have dropped the film's trailer. Touted to be an "ode to the sensitive artiste" Guru Dutt, the psychological thriller has been helmed by R Balki and co-stars Sunny Deol and Pooja Bhatt. It's heading toward a theatrical release on September 23. Here's a trailer breakdown.

Context
Why does this story matter?
Trailer
Clip introduces us to a deadly 'critics' critic'!

The 01:58-minute-long trailer sheds more clarity on the suspense that will propel the narrative, and introduces "a new kind of a serial killer." The notorious killer turns out to be "the critics' critic," who leaves stars on his victims' mutilated bodies as a mark of vengeance. Haunting, wistful melodies from Guru Dutt's Pyaasa further complement the dramatic thrill and keep us on tenterhooks.

Takeaways
The trailer has left us guessing about the plot

While the teaser had left us guessing about Salmaan's character and hinted that he'll be a jilted lover, the trailer has left us with even more questions! And, we aren't complaining. The clip shifts gear from romantic scenes to adrenaline-pumping fights and are powered by a goosebump-inducing background score, indicating that Chup will offer more than what simply meets the eye.

Information
Here's all you need to know about 'Chup'

Chup: Revenge of the Artist has been co-written by Raja Sen (Go Goa Gone) and Rishi Virmani (Singh Is King). It's bankrolled by Hope Productions, which is helmed by Balki and his director wife Gauri Shinde. Vishal Sinha (Darna Mana Hai) has handled the cinematography. Salmaan called it an "experimental" film in an old interview, emphasizing that the thriller will certainly raise audiences' intrigue.

Do you know?
Trivia: Amitabh Bachchan's special connection to 'Chup'

Chup will mark legendary actor Amitabh Bachchan's debut in the music department! Balki recently disclosed, "Amit ji saw Chup and played an instinctive original melody on his piano... this composition, his gift to the film, will be the end title track of Chup."