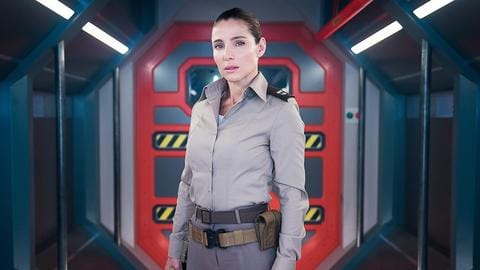 The trailer for Interceptor is here! Starring Elsa Pataky, the Netflix film has her as a quick-witted and agile military officer JJ Collins. Pataky's husband, fellow actor Chris Hemsworth is the executive producer of the film and it will not be an exaggeration to say that as far as action sequences are concerned, she is no less than our favorite Thor star.

Context
Why does this story matter?
Details
What does the trailer show us?

"Everyone wants to be anywhere but here," is how the trailer starts and an isolated interceptor station in the middle of the Pacific Ocean welcomes us. Collins (Pataky) is posted there for "wrongfully" drumming out "of her dream job at the Pentagon." When a "simultaneous coordinated attack" threatens the base, Collins meets Alexander Kessel (Luke Bracey), a "charismatic yet crooked" ex-US military intelligence officer.

Observation
How was Pataky?

Collins has to determine whom to trust and stop the terrorists from completing their mission. Lines like "You planned every possible outcome but you couldn't plan for me" establish just how formidable Collins is. Pataky excels in all the action sequences, but as far as acting in other scenes is concerned, she looked a bit dull. But, let's determine that on June 3.

Information
Get to know the cast and crew of 'Interceptor'