'Feels Like Ishq' is sweet reminder of love, its complications 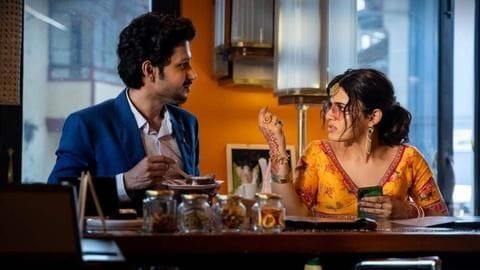 Streaming giant Netflix released the trailer for its upcoming Indian anthology series of six short films Feels Like Ishq recently. All the stories depict love of a different kind that has its own complications, set in modern society. These are targeted toward the youth, and issues such as marching for rights, lockdown struggles get captured. Many known faces feature. Let's dissect the trailer.

There is a chance to feel lost in six movies, so the 2-minute and 44-second long trailer differentiates them right at the beginning. We have two strangers trying to save the marriage of a third person, two strangers bonding during an interview, a young boy crushing over his neighbor during the lockdown, and many more. The premises are recognizable yet create anticipation.

The Netflix summary says, "What happens when you meet a special someone in the most unexpected way?" and it promises to gift sweet old-school romance that takes the audience back to their first ishq. It drops on Netflix on July 23.

Information
The cast is stellar, and directors are all talented

Arun of Little Things-fame has helmed the Save the Da(y)te episode, featuring Madan and Parashar. He said the film will show how love can "happen anywhere, anytime in today's day and age." Kashyap Khurrana, who directed Quaranteen Crush, said, "It is a simple story that speaks volumes about care, innocence, and friendship." This one stars Chugh and Ahuja in the lead.

Details
Tiwari weaved his story by bringing in 'elements of nature'

Tiwari "tried to bring in the elements of scenic views and nature to weave a story around our protagonists" in Star Host, led by Saraf and Jehani. Aslam directed She Loves Me, She Loves Me Not featuring Azad and Bhattacharya. Kundalkar's The Interview stars Madhav and Khan, while Ishq Mastana has been helmed by Sarkar, starring Maniktala and Thakur. Sagar is the creative director.