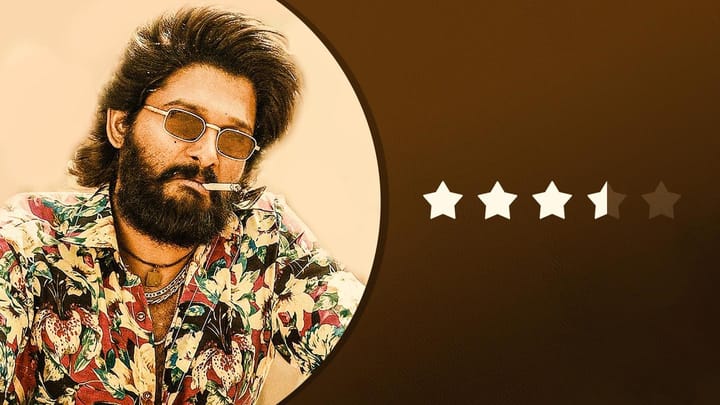 Devi Sri Prasad is back with a bang in Pushpa: The Rise! The five songs of the Allu Arjun-starrer does leave a mark. Penned by Chandrabose, all are different from each other and that's what makes the jukebox so enjoyable. Like Arjun's previous outing Ala Vaikunthapurramuloo, Pushpa's songs are here to stay for long. Album gets 3.5 stars and here's our detailed review.

'Daakko Daakko' and 'Srivalli' make for a fun listening experience

The opening song Daakko Daakko Meka is a fast-paced number with a flavor of the film's theme. Sivam has done the vocals. Few minutes into song, listeners would automatically shake their legs. Second song Srivalli by Sid Sriram is a heart-touching melody. It's a perfect number to narrate the blooming romance between the lead actors. Verdict: Daakko Daakko Meka: 4 stars, Srivalli: 3 stars.

'Oo Antava' will be heard repeatedly; 'Saami Saami' is average

Samantha Ruth Prabhu's Oo Antava is a sensual number. Ironically, though the lyrics were against objectification of women, visuals depict exactly the opposite. Nevertheless, this song by Indravathi Chauhan will make for a good party number. Coming to Saami Saami, the foot-tapping track by Mounika Yadav is quite enjoyable if you can minus the over-dramatic lyrics. Verdict: Oo Antava: 3.5 stars, Srivalli: 2.5-3 stars.

'Eyy Bidda' is the best song of the album

The last song of the album, Eyy Bidda Idhi Naa Adda with vocals by Nakash Aziz instantly grows on you. This pulsating mass number is absolutely about hero adulation. Everything, from the lyrics to the music and Arjun's elaborate costume, has fun written all over it. Undoubtedly, Eyy Bidda is one of the best songs of the year. Verdict: A solid 4.5-5 stars.

'Pushpa: The Rise' received positive reviews from fans and critics

While all the songs leave an impression, we would have loved an exclusive one on Fahadh Faasil, the film's main antagonist. But, let's see if that happens in the sequel. Pushpa: The Rise released today, opening up to positive reviews. Directed by Sukumar, it is based on red sandalwood smuggling. Read our review of the film here, if you haven't watched it yet!

Pushpa: The Rise Part I