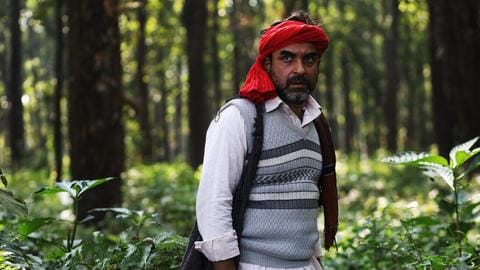 The trailer of five-time National Film Award-winning director Srijit Mukherji's next Sherdil: The Pilibhit Saga is out! The ambitious project stars Pankaj Tripathi, Sayani Gupta, and Neeraj Kabi, and is backed by Bhushan Kumar and Reliance Entertainment. Based on true events, it is touted to be a "dark humor satire." The film is heading toward a June 24 theatrical release. Here's a trailer breakdown.

Context
Why does this story matter?
Trailer
Tripathi dominates each frame

Tripathi proves why he is the best in the business and carries the entire trailer on his shoulders. While the first half is soaked in light-hearted humor, the second-half switches gears and seems adrenaline-inducing and even scary, with darkness and ferocity taking the front seat. Gupta looks convincing as a devoted but vocal rural housewife, while Kabi's character as a poacher intrigues us.

Observation
Tragedy so commonplace that it has stopped feeling like one

The prey doesn't chase the victim, the victim chases the prey here. In a courtroom scene, Tripathi's character testifies he visited the jungle to be devoured by the tiger, not to attack it. The statement sends a shiver down your spine, and yet, elicits laughter from the crowd. The implication is gut-wrenching: the tragedy is so commonplace that it has stopped feeling like one.

Synopsis
The film is based on horrifying true stories

Mukherji drew inspiration for the film from the "tragic practices" once rampant in villages surrounding the Pilibhit Tiger Reserve. Notably, it was not unusual in these areas for families to sacrifice the eldest member to ferocious tigers and subsequently claim government compensation. "The subject is really close to my heart and I hope it will ignite the same emotion in audiences," said the filmmaker.

Special
The film has a KK connection

Late singer KK's fans have a bittersweet relationship with Sherdil since he had recorded his last song for the film in April. Notably, legendary lyricist Gulzar has penned the lyrics who had also collaborated with KK on his first Bollywood breakthrough song Chhod Aaye Hum from Maachis (1996). A video of KK especially singing the song for Gulzar was also shared by Mukherji recently.