Netflix blends supernatural events and Sherlock Holmes with 'The Irregulars' 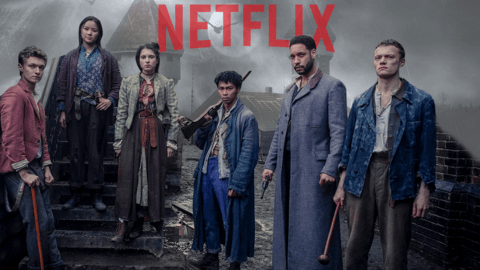 Netflix is coming up with an unusual rendition of Sherlock Holmes, the hugely popular British sleuth. No, this won't be another regular version of the Holmes-Watson crime puzzle, as it is about to get eerie and spooky this time. With The Irregulars, show creator Tom Bidwell is adding supernatural colors to Holmes's tale. The series will premiere next month.

Series
In this series, youngsters have stolen limelight from Holmes

The eight-episode series will premiere on the streaming platform on March 26. It will focus on a bunch of youngsters who collect pieces of evidence of supernatural crime happening in London and pass it on to Dr. Watson (John H. Watson) and his aide, Holmes. The Irregulars will be played by actors Thaddea Graham, Darci Shaw, Jojo Macari, McKell David, and Harrison Osterfield.

The official synopsis of the series reads as follows: A dark, mysterious drama that follows a gang of troubled street teens who are manipulated into solving crimes for the sinister Doctor Watson (played by Wanderlust's Royce Pierreson) and his mysterious business partner, the elusive Sherlock Holmes (Killing Eve's Henry Lloyd-Hughes)." A teaser, that stays true to the interesting concept, has also been released.

Treatment
'A darkness has come to London'

The teaser starts with the camera focusing on London's dailies as magic strikes the paper. Following the trail of the blue light, we hear the narrator explain the occurrence of strange incidents and deaths. "A darkness has come to London," says the narrator. The focus then shifts to the unlikely band of youngsters who must save London from all evil.

Oscar-nominated writer Tom Bidwell, who is also one of the executive producers of the series, had been pitching this idea for 10 years and is happy that Netflix gave it a nod. In an interview with BBC in 2018, he had said, "What if Sherlock was a drug addict and a delinquent and the kids solve the whole case whilst he takes credit."