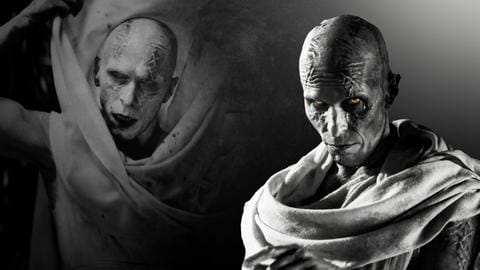 The God of Thunder is back! The trailer for the Asgardian god Thor's fourth film, Thor: Love and Thunder, dropped on Monday night during the NBA playoff game on ABC. Apart from teasing us about what is to come, the clip also unveiled Christian Bale's look as Gorr the God Butcher. The film is hitting the theaters on July 8. Here's a trailer breakdown.

Context
Why does this story matter?
Trailer
Clip is colored in signature Waititi humor!

The 2:15-minute-long trailer begins with a voiceover that sounds like a storytelling session for kids, where we are introduced to "the tale of the space Viking, Thor Odinson, who has saved the world 500 times!" We also get to see a spectacular Asgard, the reunion of Foster and Thor (Chris Hemsworth), lively banter between him and Valkyrie (Tessa Thompson), and even double entendre jokes.

The trailer switches tracks and becomes somber the moment we hear Gorr's first words, who is dubbed to be "the best MCU villain" by the director. Bale looks terrifying in his monochromatic avatar and proclaims that since "gods only care about themselves, all gods must die." How will Thor take on his newest rival? We'll have to wait till July 8 to find out.

Although we have only received a sneak peek into what we can expect in theaters, it does seem in line with Hemsworth's statement when he described the film as "incredible." The action scenes and the computer graphics keep up with MCU's fine repute, and the comedic undertones, the chemistry between Thor and Foster, and his showdown with Gorr are the trailer's highlights.

“Let me tell you the story of the space viking, Thor Odinson…”

Watch the brand-new trailer for Marvel Studios’ #ThorLoveAndThunder and witness it only in theaters July 8. pic.twitter.com/uyU33VbrKI

The upcoming Marvel film will also feature Karen Gillan, Chris Pratt, Russell Crowe, and Matt Damon in key roles. Michael Giacchino (Star Trek, WandaVision) is helming the music department, while the cinematography has been taken care of by Barry Baz Idoine (The Mandalorian). Apart from Thor 4, we will also see Hemsworth in the sci-fi thriller film Spiderhead, releasing on Netflix on June 17.