'Varisu': First single 'Ranjithame' is here to hijack your playlist 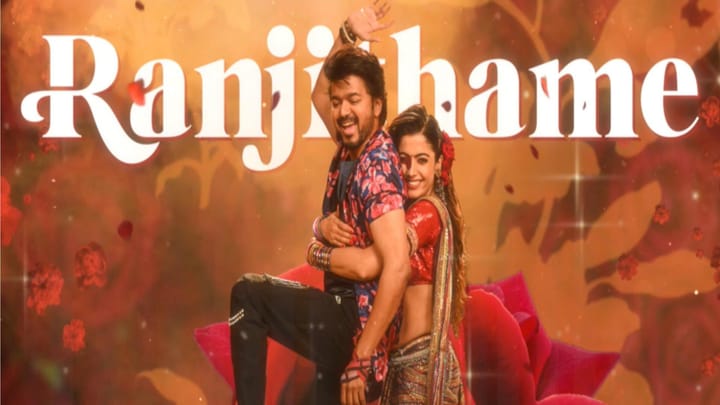 As promised by the makers of Thalapathy Vijay's next film Varisu, the lyrical video of its first single, titled Ranjithame, has finally been dropped. The peppy track, composed by S Thaman, has Vijay rendering his voice and the video also sees him grooving to the peppy music along with the film's leading lady Rashmika Mandanna. Here's more on the song.

Peppy number grows on you instantly

In the song, Vijay shows some of his best moves alongside a group of dancers and Rashmika Mandanna. Vivek has penned the lyrics. Moreover, the video has colorful visuals that remind us of Allu Arjun and Mandanna's popular number Saami Saami. It also has the hook and vibe to top the playlists of music lovers and has all the potential to be a trendsetter.

All you need to know about 'Varisu'

Billed to be an emotional family entertainer, Varisu boasts of a star-studded cast. Apart from Thalapathy and the Pushpa star, the film also has Sarathkumar, Shaam, Prabhu, Prakash Raj, Srikanth, Khushbu, Sneha, and Yogi Babu in important roles. One of Tollywood's top filmmakers, Vamshi Paidipally, is at its helm, and he has co-written the story along with Hari and Ashishor Solomon.

Varisu will the theaters on January 12 around Pongal 2023, hocking horns with Ajith Kumar's Thunivu, which is reportedly releasing on the same day. Directed by H Vinoth, Thunivu has music by Ghibran. Its first single titled Chila Chila is also expected to be released soon. Thunivu has Manju Warrier as the leading lady, while John Kokken is said to be the main antagonist.