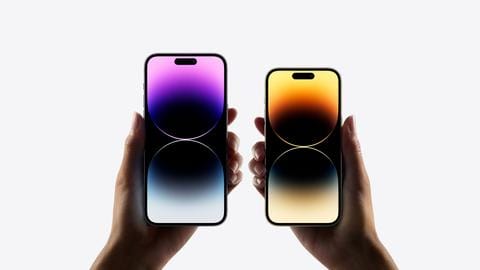 When Apple announced its new iPhone 14 range with 'Crash Detection,' the company may not have thought of the lengths people would go to test whether the feature works or not. A YouTuber decided to test the same. Guess what he did? He strapped a brand new iPhone 14 Pro to a car seat and crashed the vehicle. Let's see how that turned out.

Context
Why does this story matter?
Video
iPhone 14 Pro was used for the test

The owner of the YouTube channel TechRax decided to test the iPhone 14-series' crash detection feature and make a video of the same. For the clip, he strapped an iPhone 14 Pro to the headrest of a remote-controlled 2005 Mercury Grand Marquis sedan. The car was then crashed into a pile of old and wrecked vehicles to see whether crash detection works or not.

The feature
What is Crash Detection?

Before we get into how the iPhone fared in the test conducted by the YouTuber, let's first understand what 'Crash Detection' is. The Crash Detection feature is available on all iPhone 14 models. Apple claims that the facility can detect a severe car crash. When it detects such a collision, it displays an alert and automatically initiates an emergency call after 20 seconds.

When the YouTuber rammed the car into a pile of vehicles the first time, the feature did not work immediately. After 10 seconds, a notification popped up saying "It looks like you've been in a crash." The phone then proceeded to dial emergency services before he canceled the call. On a second crash attempt too, the feature worked and initiated the emergency call.