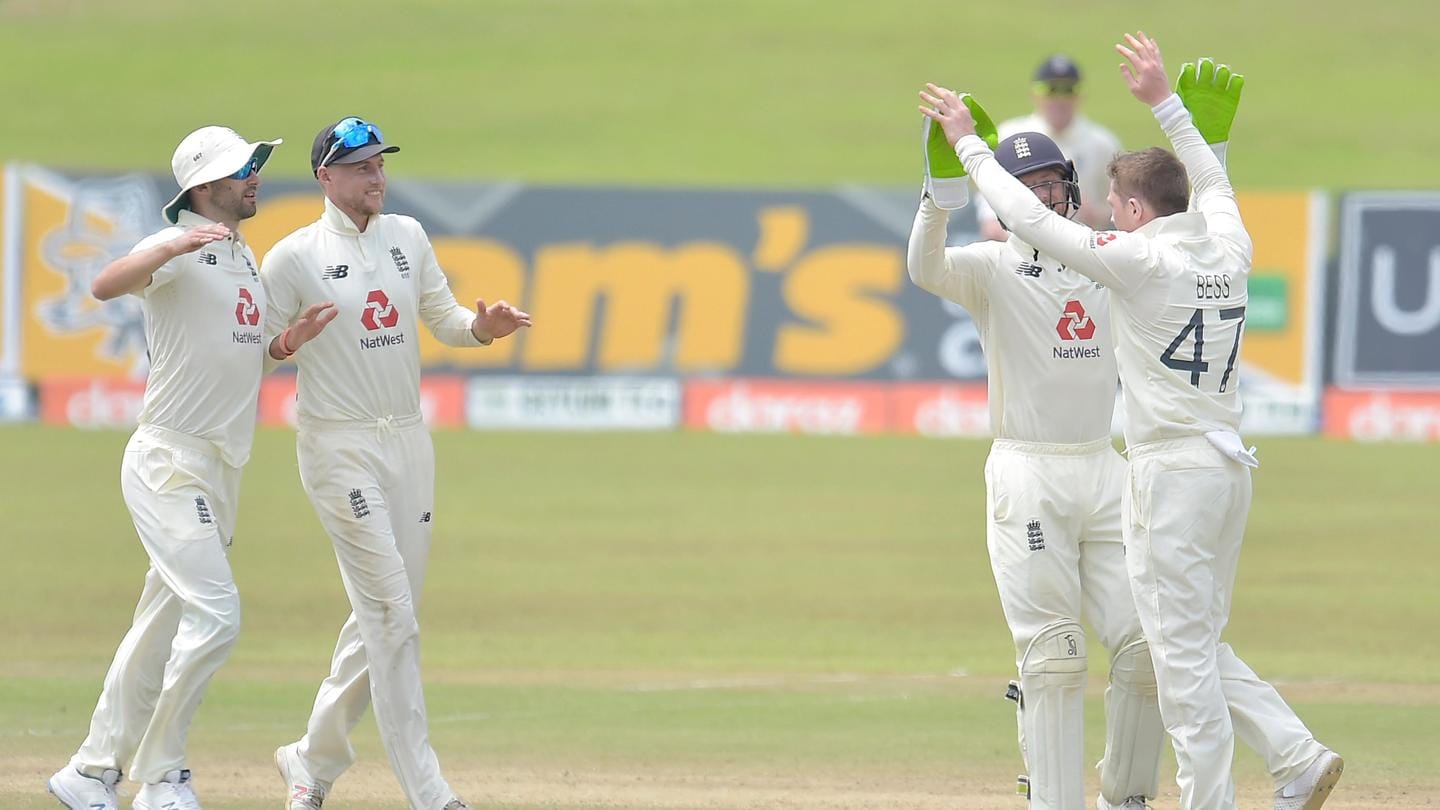 England beat Sri Lanka in the first Test to take a crucial 1-0 lead in the two-match series.

Sri Lanka showed character in the second innings before England survived a scare in the chase but got home.

In this article
SL vs ENG

How did the first Test match pan out? 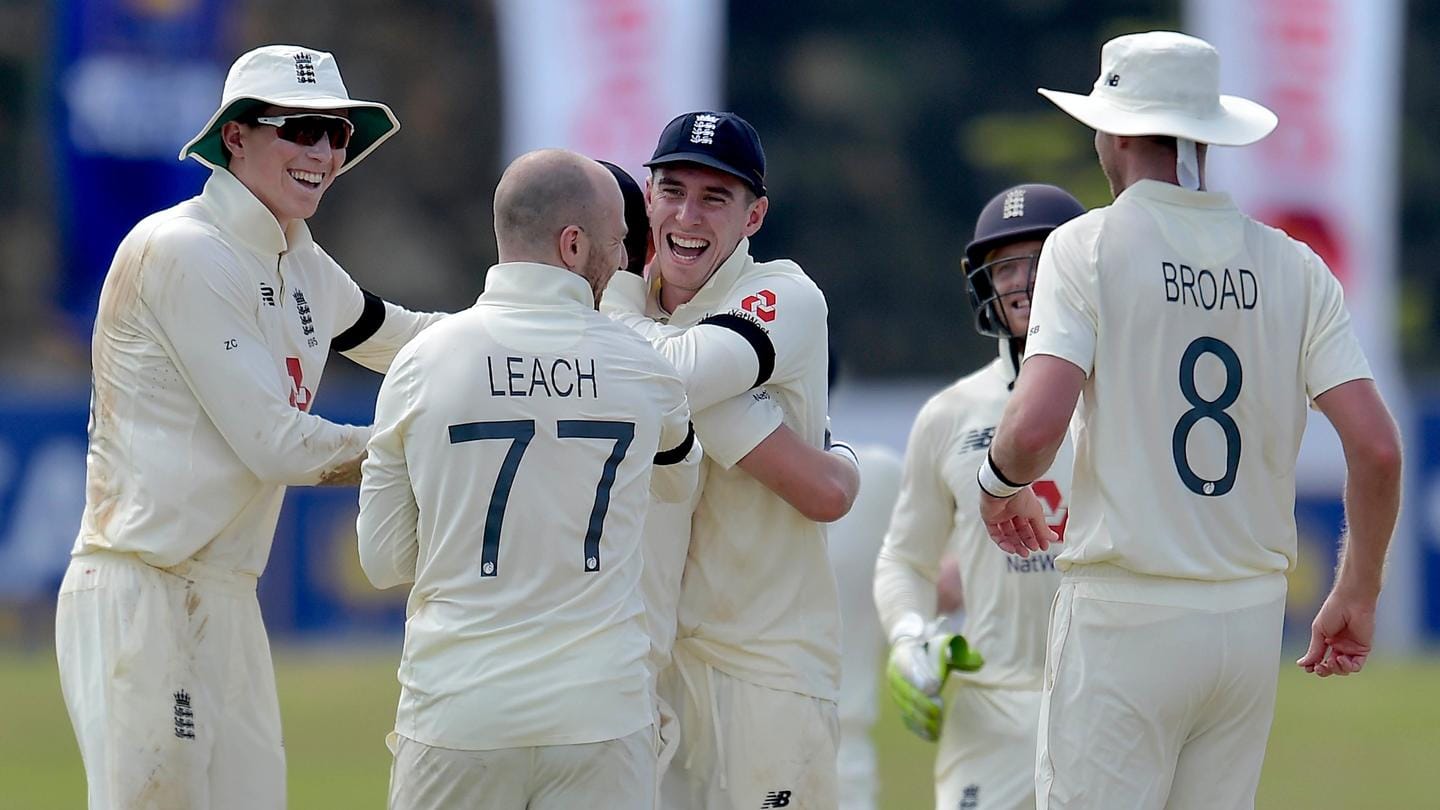 SL were bowled out for 135 with Dinesh Chandimal scoring 28.

England responded with three crucial stands that helped them post 421/10.

Root brought up his fourth double ton to lead the way.

Joe Root smashes a host of records with his double-century 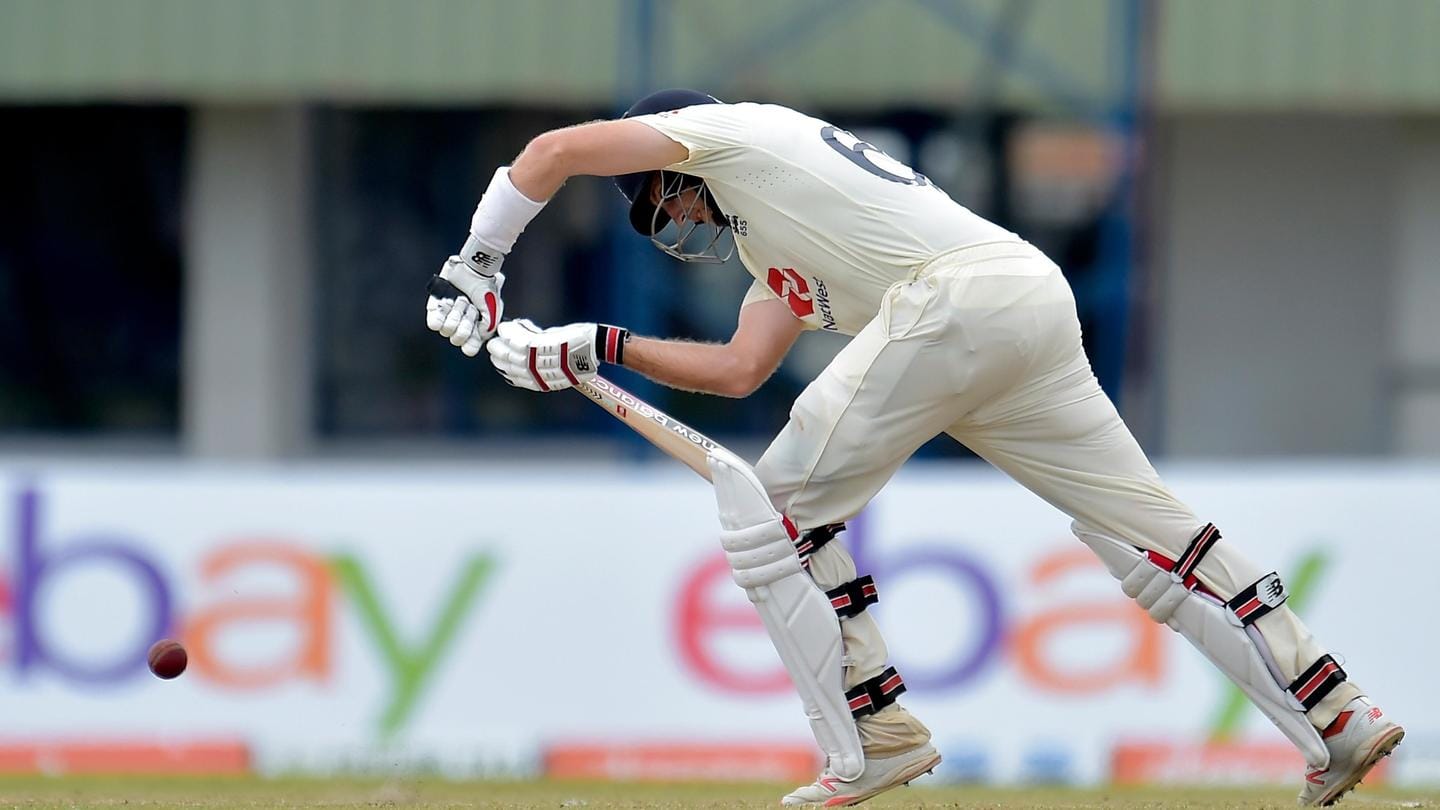 Notably, this was his second double-century against Sri Lanka.

Root became the first England batsman to score a double hundred in Lanka.

He is also the first man to post multiple Test centuries in Lanka for England (2).

Root gets past 8,000 career Test runs 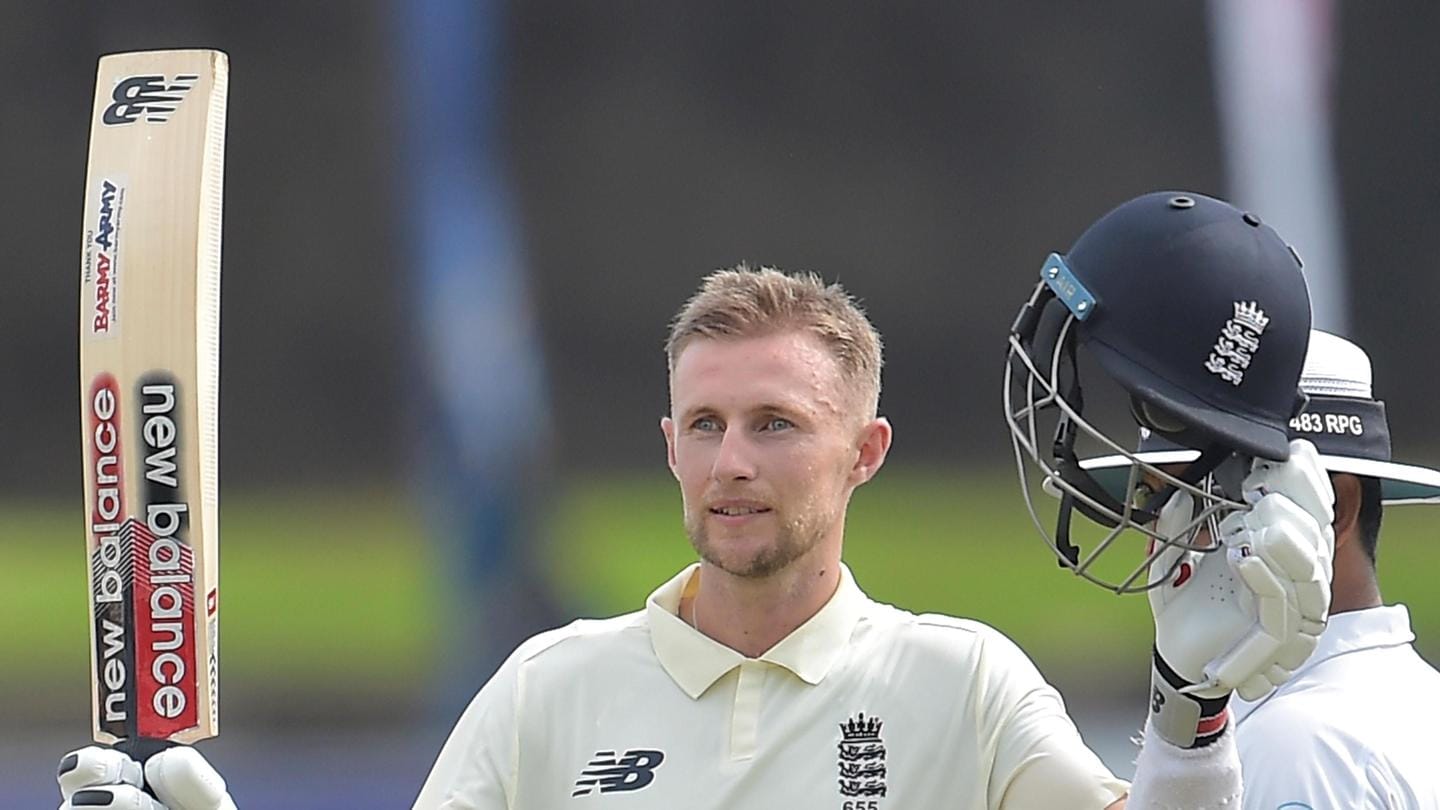 Root has become only the 31st cricketer overall and seventh Englishman in Test history to get past 8,000 Test runs.

Unique records for Root and Buttler

As per Opta, Root's 228 is now the second-highest Test score recorded by an English batsman in Asia after Alastair Cook's 263 versus Pakistan in the UAE in 2015. Jos Buttler recorded his first stumping in Test cricket (48th match). 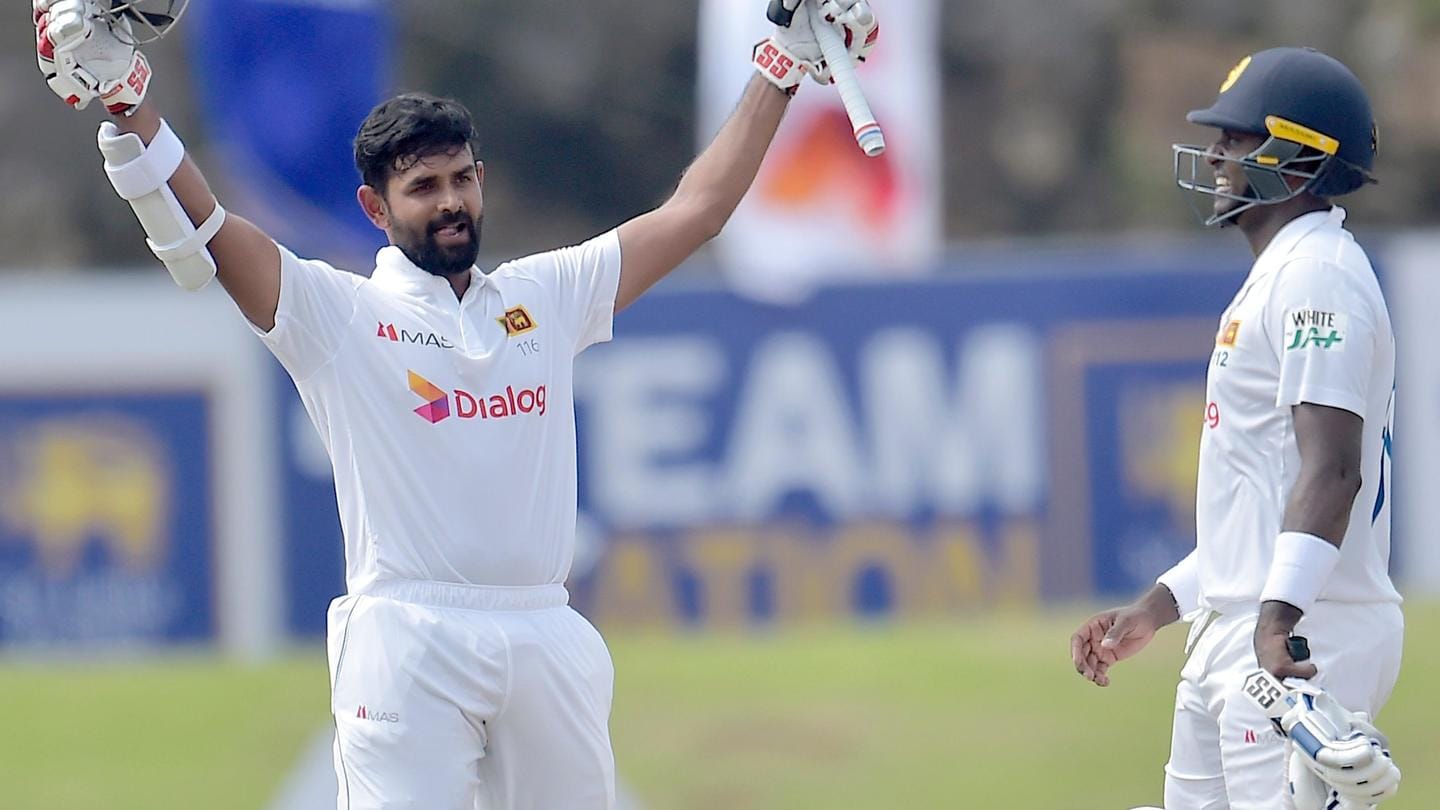 He has achieved this milestone in 107 innings.

He now has seven Test fifties under his belt.

He also went past 6,000 career Test runs and became the fifth Sri Lankan player to do so.

A fighting fifty from Angelo Mathews – his 36th in Tests 👏#SLvENG | #WTC21 pic.twitter.com/ScHjg8FOho 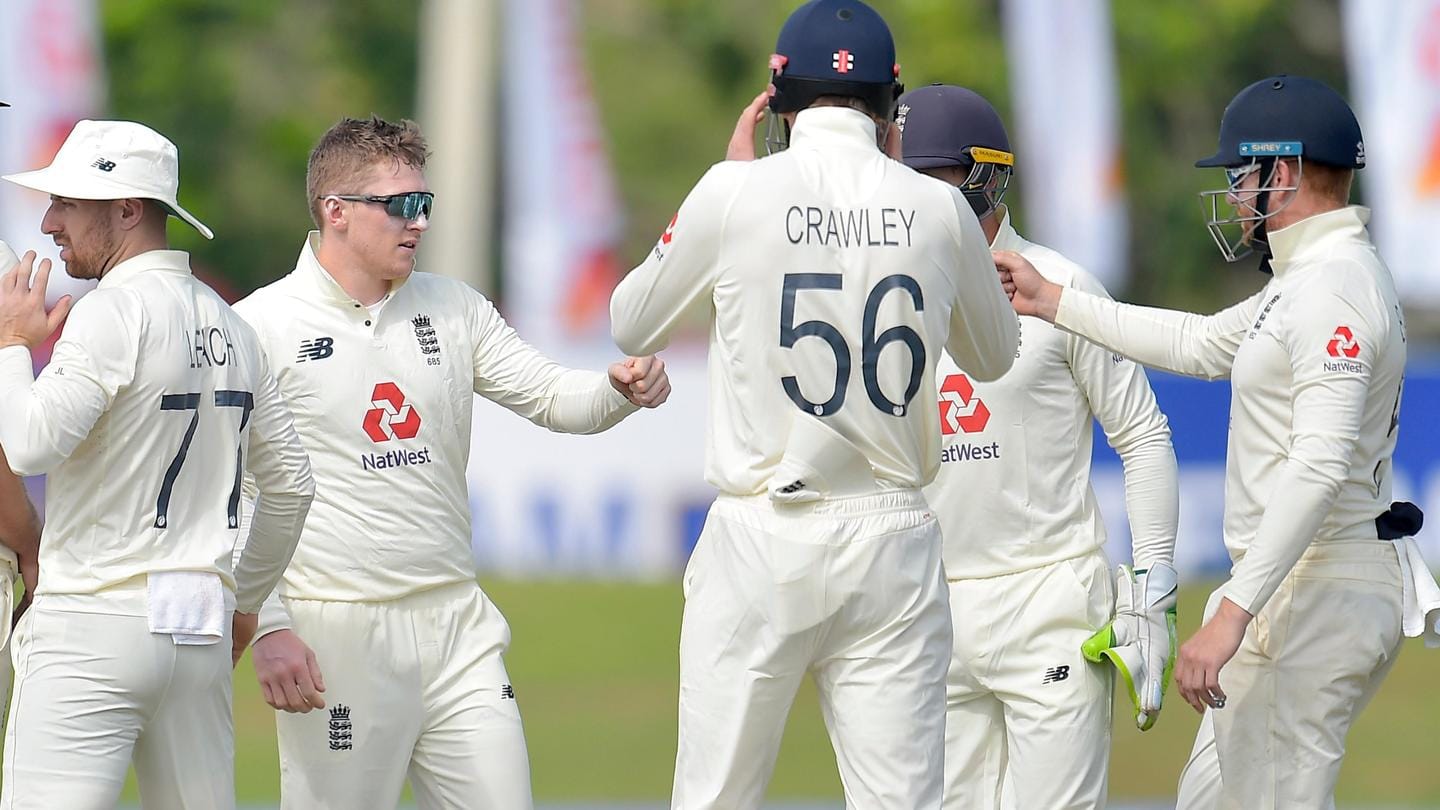 Dom Bess has raced to 27 career Test scalps. He picked up seven wickets in this match.

He now has 40 Test scalps. Leach claimed his second five-wicket haul as well.