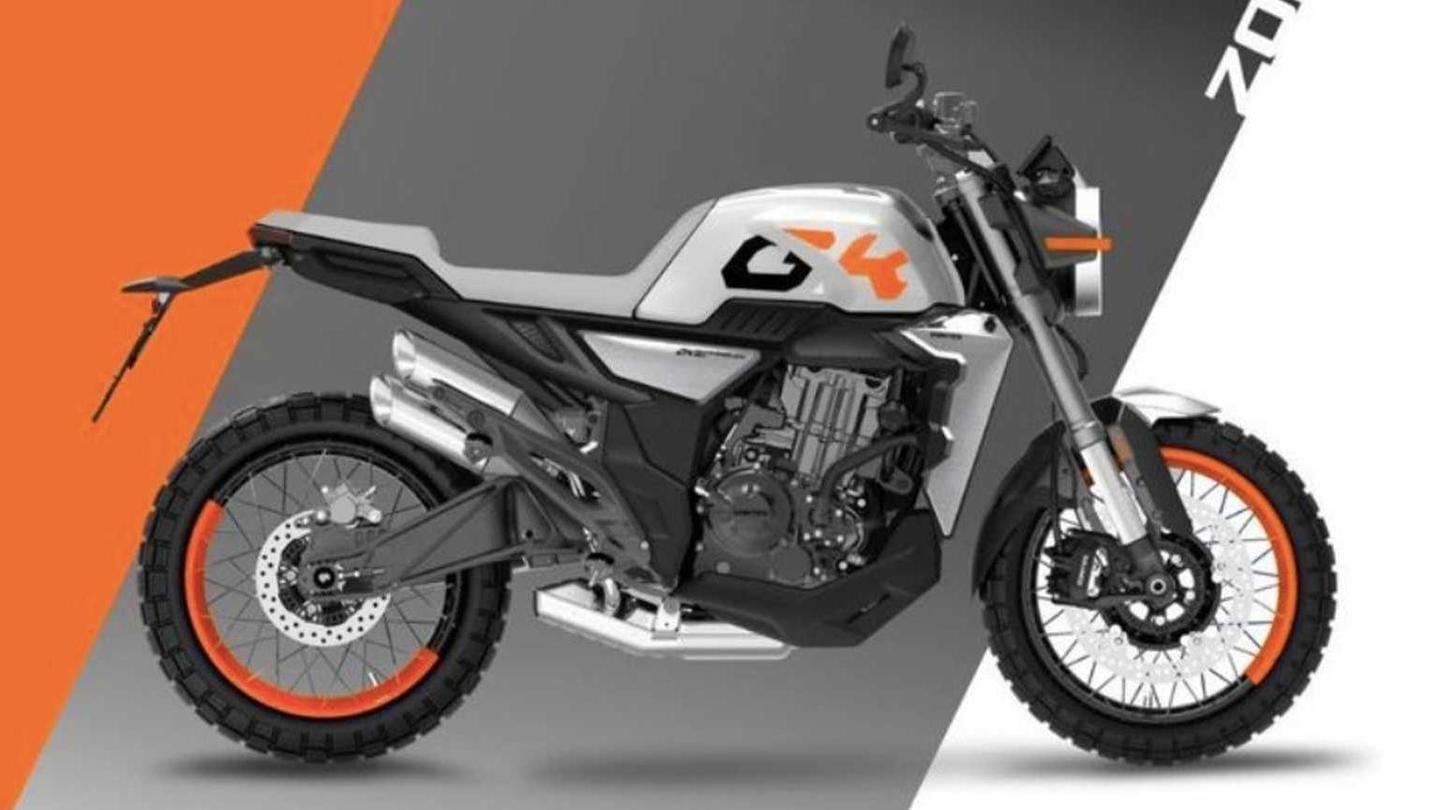 Zontes has unveiled a new retro-styled concept scrambler bike called 350GK for the Chinese market. It should also be available in a cafe-racer variant called GK Sports Cafe. They will be launched in the country in the coming months. As for the highlights, the bike has a TFT instrument cluster, an all-LED lighting setup, and rides on 17-inch wheels. Here are more details.

The bike has a 17-liter fuel tank

The Zontes 350GK has an eye-catching design, featuring a sloping fuel tank, stepped-up seat, stubby twin exhausts, and a rounded headlight as well as mirrors. The bike packs a TFT instrument console, a full-LED setup for lighting, and rides on 17-inch spoke wheels wrapped in block-pattern tires. It has a 17-liter fuel tank and tips the scales at around 150kg.

It promises a mileage of 33km/l

Zontes 350GK should draw power from a 350cc single-cylinder liquid-cooled engine that generates 43hp of maximum power and 34Nm of peak torque. The mill comes with new connecting rods, balancer shafts, and a 20% reduction in vibrations. It delivers a claimed mileage of around 33km/l.

Disc brakes on both the wheels ensure safety To ensure the safety of the rider, the Zontes 350GK is equipped with disc brakes on both the front and rear wheels along with dual-channel ABS for improved handling on the roads. Suspension duties on the motorcycle are taken care of by inverted forks on the front side and a mono-shock unit at the rear end.

The Zontes 350GK will be up for grabs in China in the coming months and should also make its way to select European markets later. However, no details regarding its availability in India are currently available.