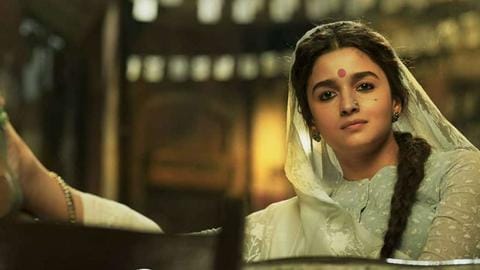 Alia Bhatt's Gangubai Kathiawadi, one of the most anticipated Bollywood movies, will be releasing on July 30 this year. On Wednesday, the makers and Bhatt shared a poster confirming the same. The announcement coincided with director Sanjay Leela Bhansali's birthday. He turned 58 today. Bhatt's never-seen-before avatar hints that her fans are in for a surprise. Here are more details.

The handle of SLB Productions shared the new poster on social media with the caption, "Fiery and feisty, she's ready to reign! Celebrating the man, his vision and 10th directorial, #GangubaiKathiawadi. Teaser out today. In cinemas on 30th July, 2021. (sic)" Bhatt was seen wearing a pastel green outfit, donned a large bindi, and put her feet up. She looked into the camera intensely.

Movie
'Gangubai Kathiawadi' is based on famous Gangubai Kothewali

The film, a biographical crime-thriller, is based on a chapter from Hussain Zaidi's book Mafia Queens of Mumbai. It will trace the life of Gangubai Kothewali, the madam of a brothel in Mumbai's Kamathipura. Born in Gujarat, she was sold by her lover for Rs. 500. With no help in hand, she decided to stay back and ended up ruling the trade.

Information
The film was delayed due to the pandemic

The shooting commenced way back in 2019 but had to be halted due to the lockdown restrictions. Soon after restrictions were lifted, Bhatt and Bhansali resumed their respective tasks. It was in January last year that Bhatt dropped the first look posters from the movie, giving an insight into her transformation. Huma Qureshi, Ajay Devgn, and Emraan Hashmi reportedly have cameos in the film.

Bhatt's last release Sadak 2 failed to impress viewers and critics, going on to become the worst-rated film on IMDb. The setback, notwithstanding, she has other projects in her kitty. The 27-year-old has an important role in SS Rajamouli's magnum opus RRR, which will release on October 13, 2021. The movie features south Indian superstars NT Rama Rao Jr. and Ram Charan.