'Puzhu' trailer: Mammootty's son wants to murder him? But why? 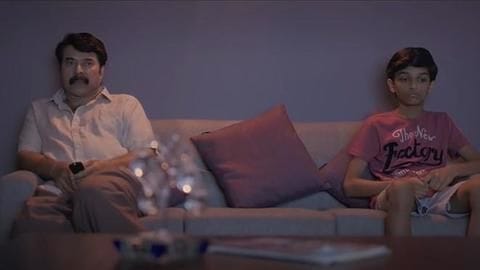 Puzhu (meaning worm) makers have shared another trailer for the upcoming film ahead of its premiere. Starring Mammootty in his third release of 2022, the thriller will get released on SonyLIV on May 13. It will be streamed in several languages such as Malayalam, Tamil, Telugu, Kannada, and Hindi. Parvathy Thiruvothu and Athmiya Rajan will be seen playing key supporting roles in the movie.

The trailer starts with Mammootty's Pradeep brushing his teeth beside his son, Kichu. But what seems like a bonding time or a typical day somehow feels unnerving for the young boy. Things get more eerie when we see Kichu shooting an arrow straight on his father's face in a family photo, and holding a knife out of desperation. Is he plotting to murder Pradeep?

Observation
Is there a murder involved?

Soon Pradeep faces a dangerous accident but somehow survives. While on-screen, we do see him getting involved in a mishap, but just then someone suggests that it was, in fact, a murder attempt. Pradeep naturally becomes cautious but he isn't aware of the hatred his teenage son harbours for him. Even when his mother asks Kichu to play with Pradeep, he shivers.

Details
Meet the cast and crew of 'Puzhu'